Here is the third recipe, Cinnamon Bread Puddding, I am offering for the cookbooks that are in our giveaway. Holiday Slow Cooker, is a great book filled with recipes from appetizers to dessert to help you through the holiday season. Nothing better than something cooking in the slow cooker while you are busy shopping, wrapping, baking or some of the other thousand things that need to be done over the holidays.

I chose dessert this time and made this bread pudding. I also added, that wasn’t included in the recipe, a rum butter sauce to go with it. It just bumped it over the top. Nothing like a warm dessert to keep the chill out.

The recipe called for it to cook for 4-5 hours but it was done in 3. So keep an eye on it later while it is cooking. I may have used too big of a bowl as my slow cooker has three sizes. If you like bread pudding this is a yummy way to go. I also used left over buns from the freezer and just let them sit out for a day to harden up. They worked great.

Come on over and enter our giveaway here for this book and many more prizes!!! 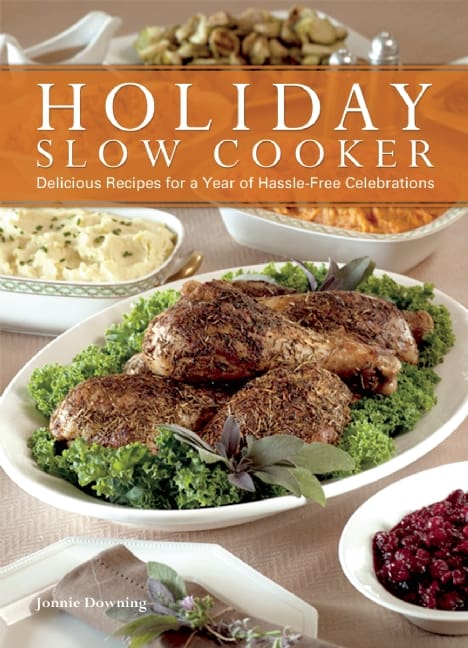 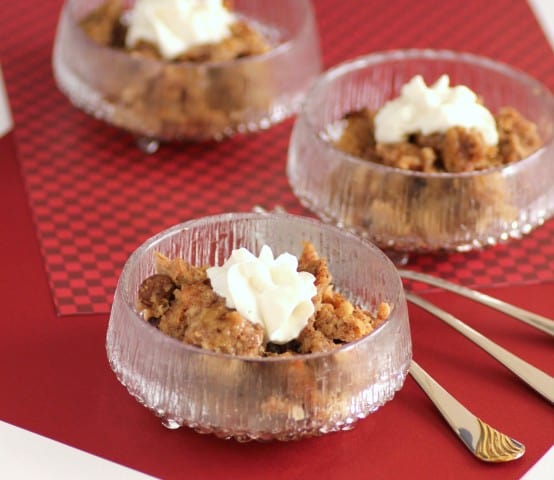