I love making cobblers and crisps. For one thing they are very easy compared to a lot of other desserts. Plus I love that they are jam packed with scrumptious fruits!! So I am happy to show you today 24 Awesome Cobblers, Crisps and Crumbles.

This type of dessert was very popular in our house when I was growing up. Mom and grandma both loved making a great cobbler or crisp. We had an abundance of pear trees on our property so a pear crisp was served often. I love them still warm or reheated with a dollop of vanilla ice cream on the side!! How do you like yours?

A cobbler can be sweet or savory. The filling is poured into a baking dish and then covered with batter, biscuit or dumpling before baking. I always thought that a cobbler came from resembling a cobble stone road but there is no history to that thought!

Cobblers orginated in the American British Colonies. Grunts, pandowdy, and slumps are similar to cobblers and originated in the Canadian Maritimes and New England.

They are a beloved dessert or sometimes main in many parts of the world. In the United States they are also called a Betty, a buckle, a dump or dump cake, a grump, slump or sonker. Whatever you like to call them they are delicious and one of my favorites. I love the old-fashioned tradtional feel to them, true comfort food. 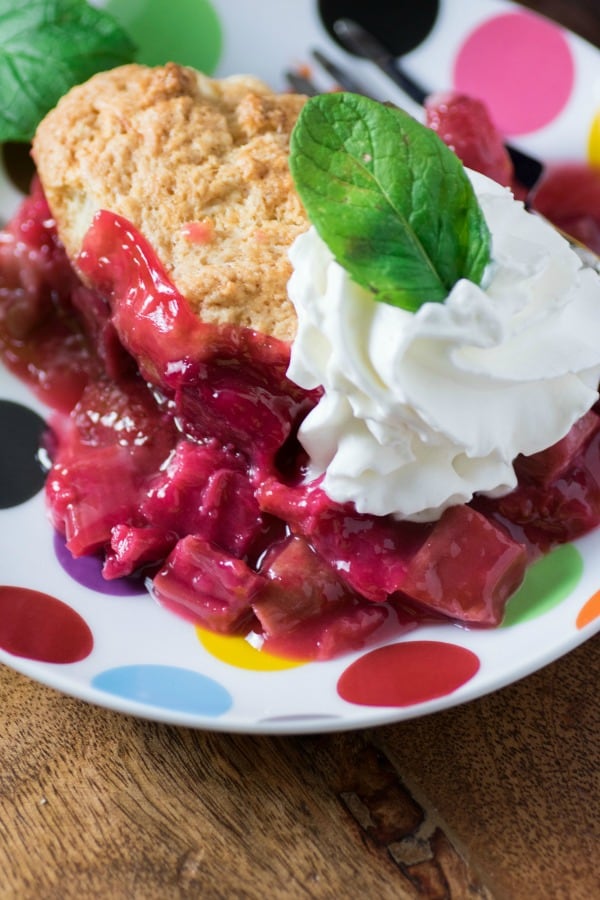 Rhubarb Strawberry Cobbler by Noshing With The Nolands 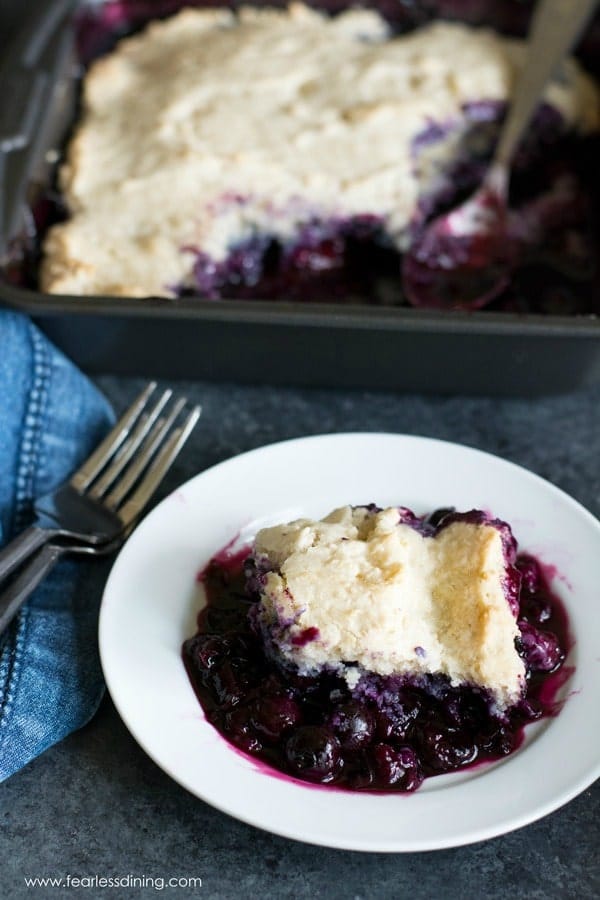 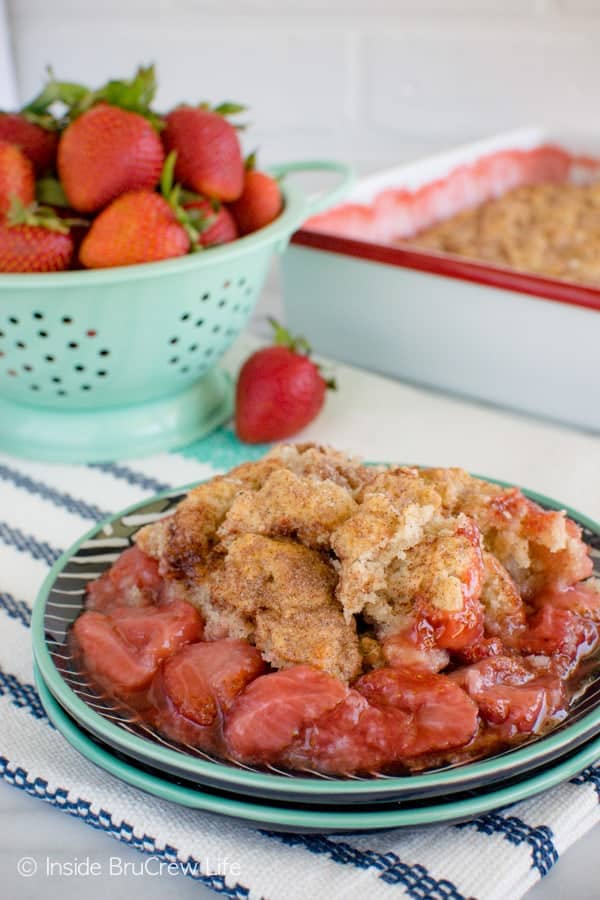 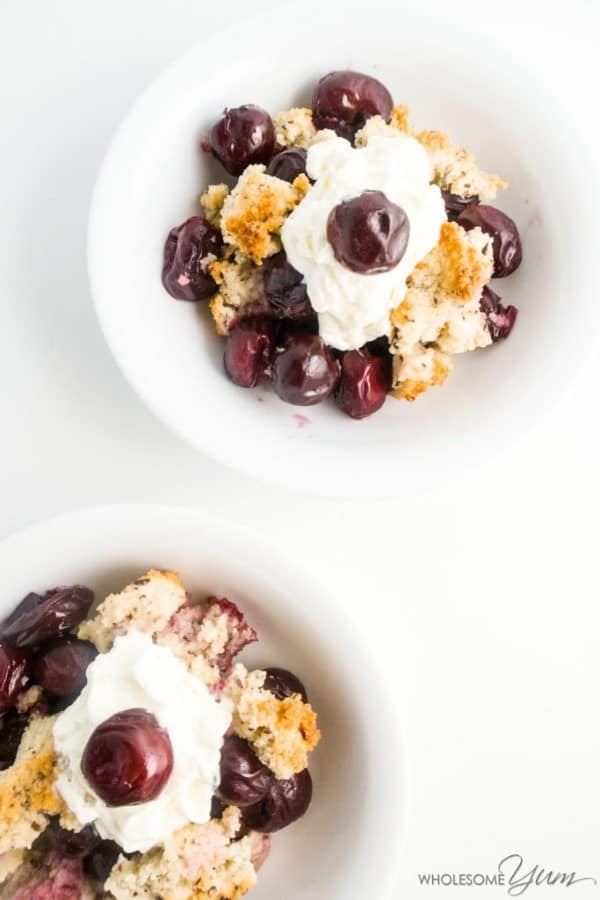 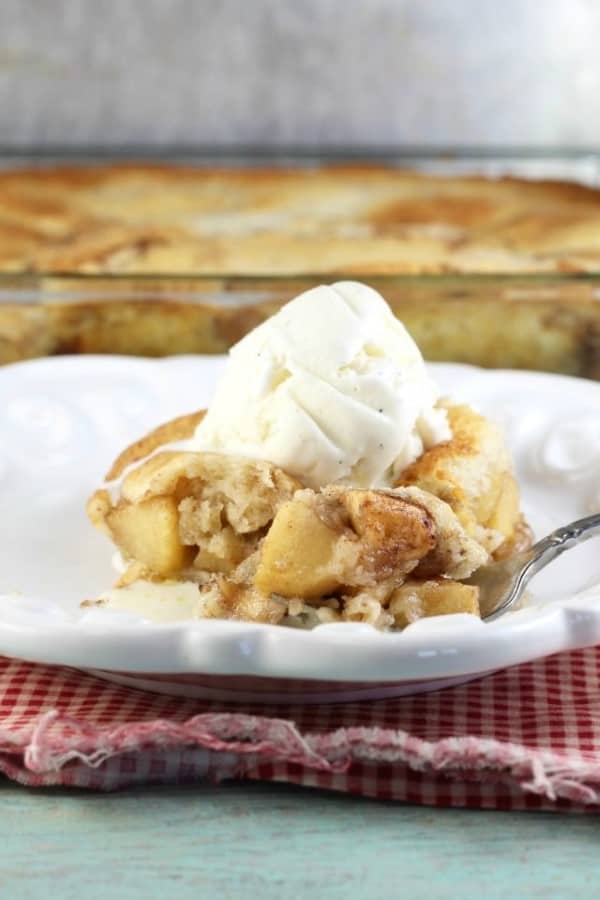 Easy Apple Cobbler by Miss in the Kitchen 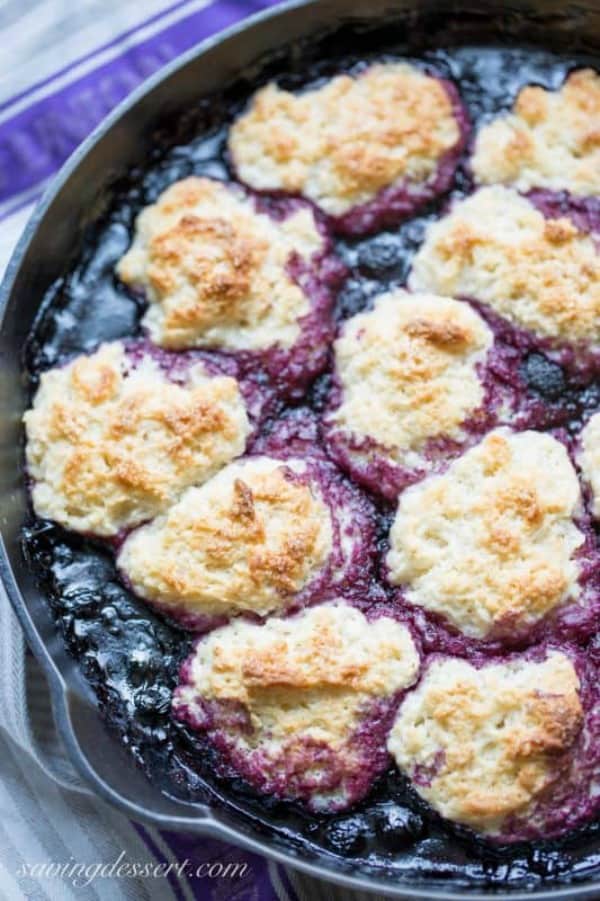 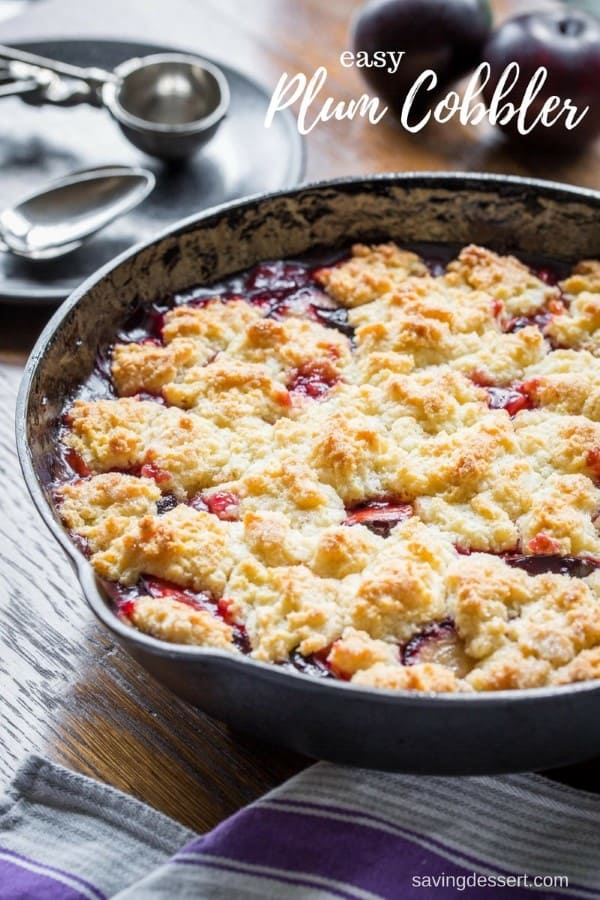 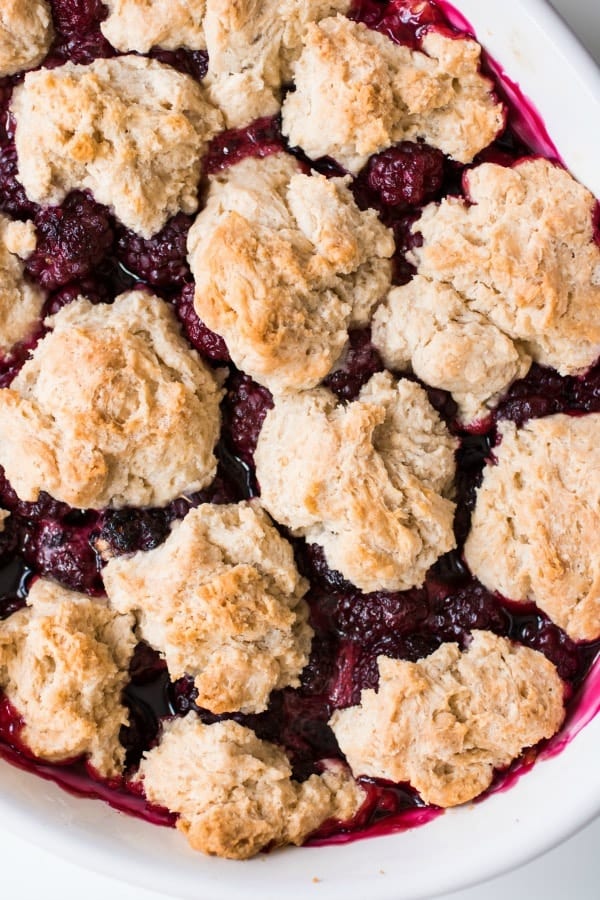 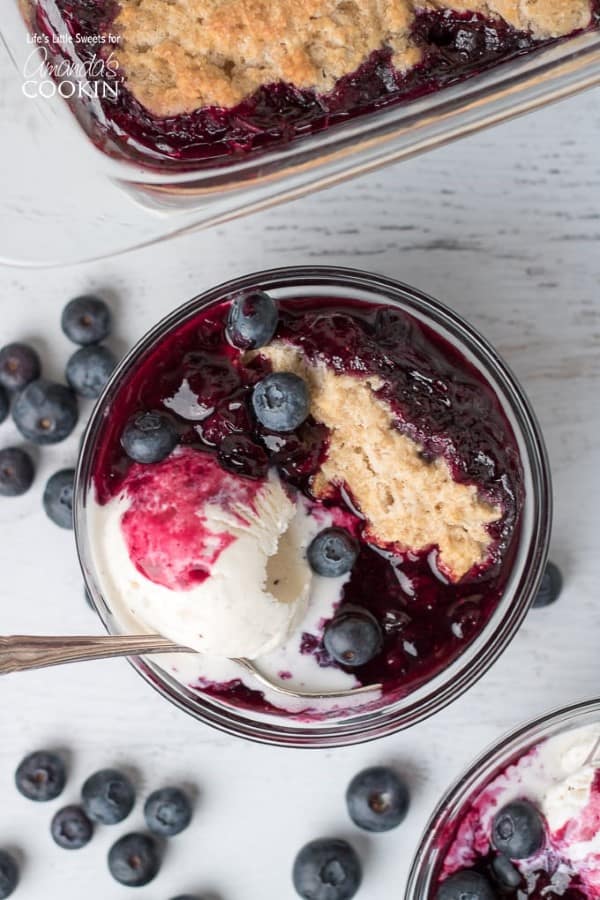 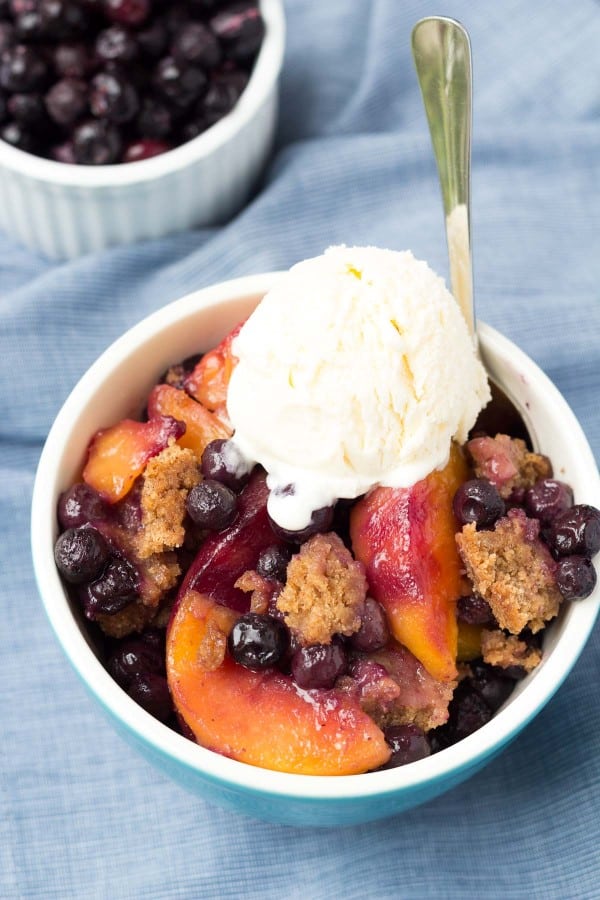 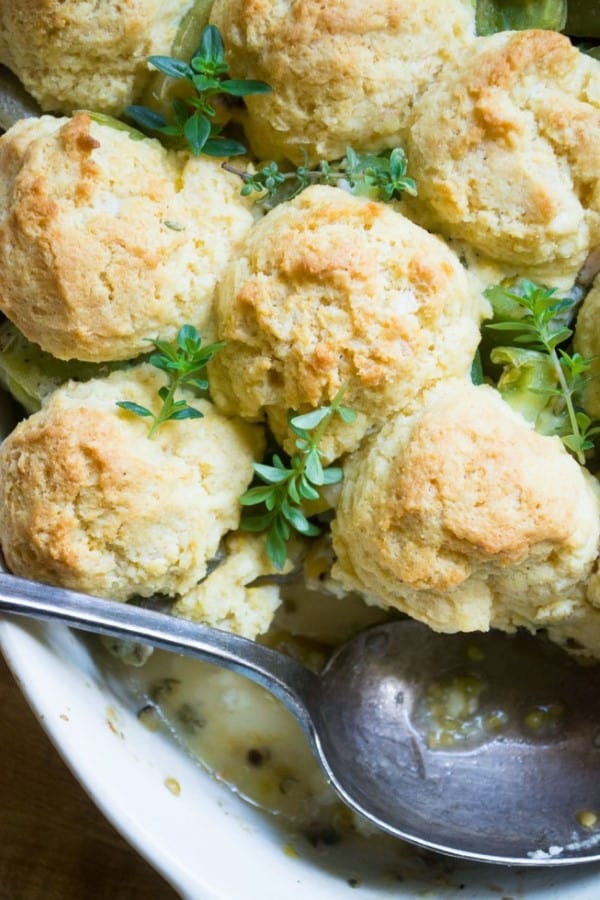 Crisps are similar to crumbles but a true crisp has oats in it and a crumble doesn’t. The point can be argued but this is the version I have been known to believe. This simple dessert is not going to gain any beauty points but you will get all the points from the homey feel it emits.

A crisp is an American dessert and typically is served using apples as the base but many other fruits can be used also. 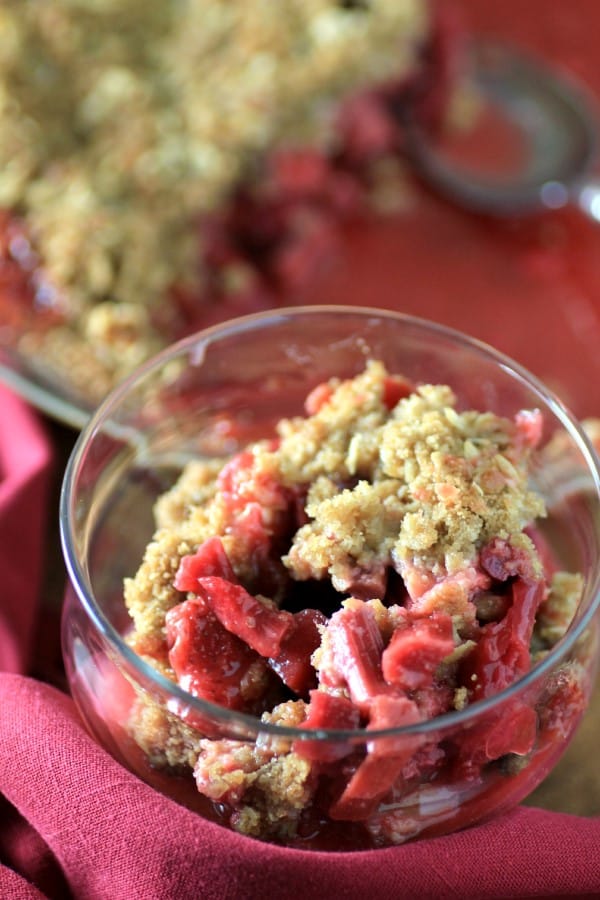 Rhubarb Strawberry Crisp by Noshing With The Nolands 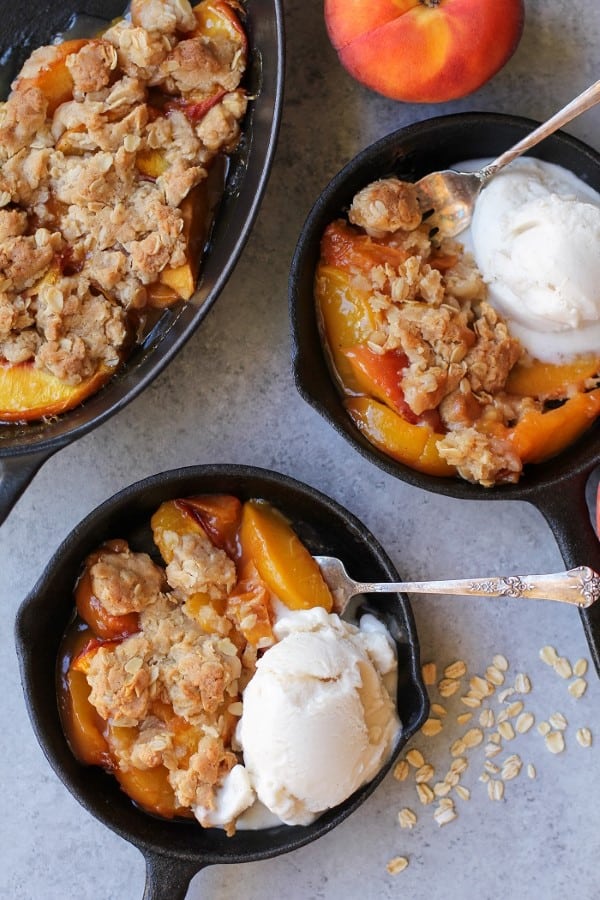 Peach Crisp {Gluten-Free and Vegan} by The Roasted Root 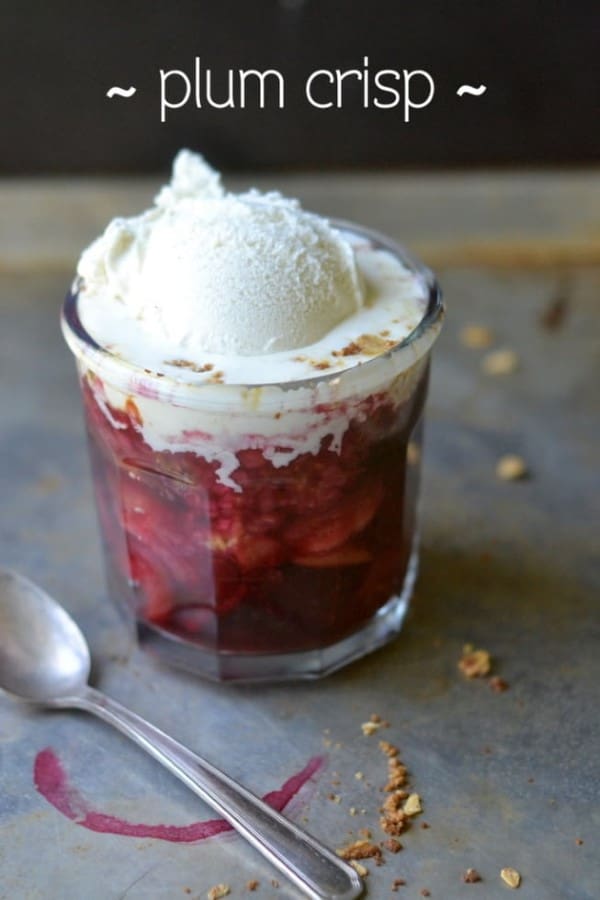 Easy Plum Crisp Recipe by The View From Great Island 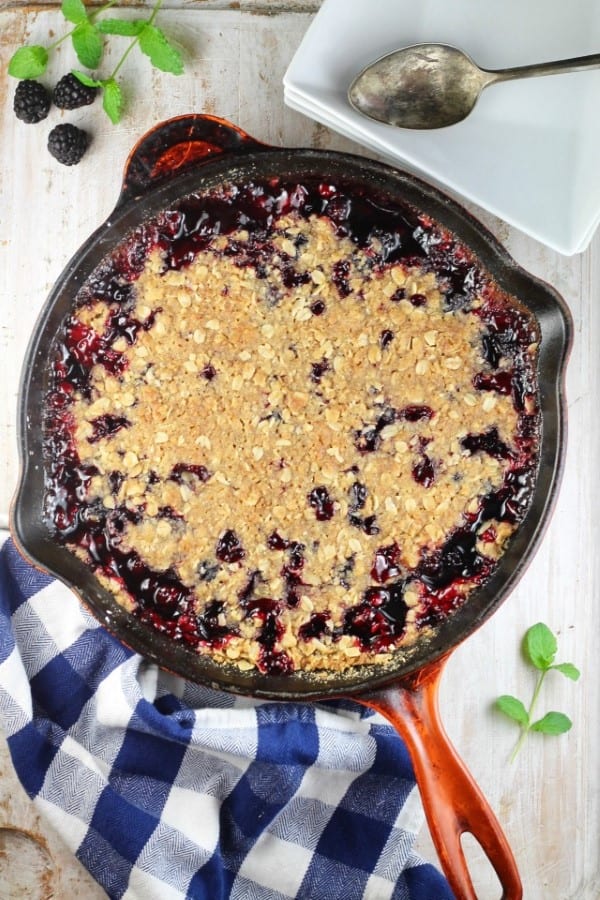 Easy Blackberry Crisp by Miss in the Kitchen 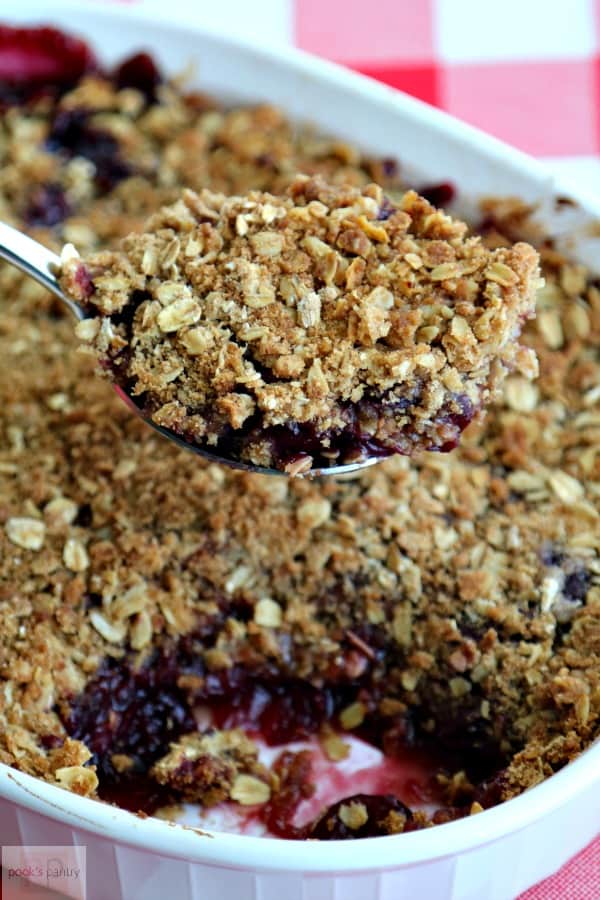 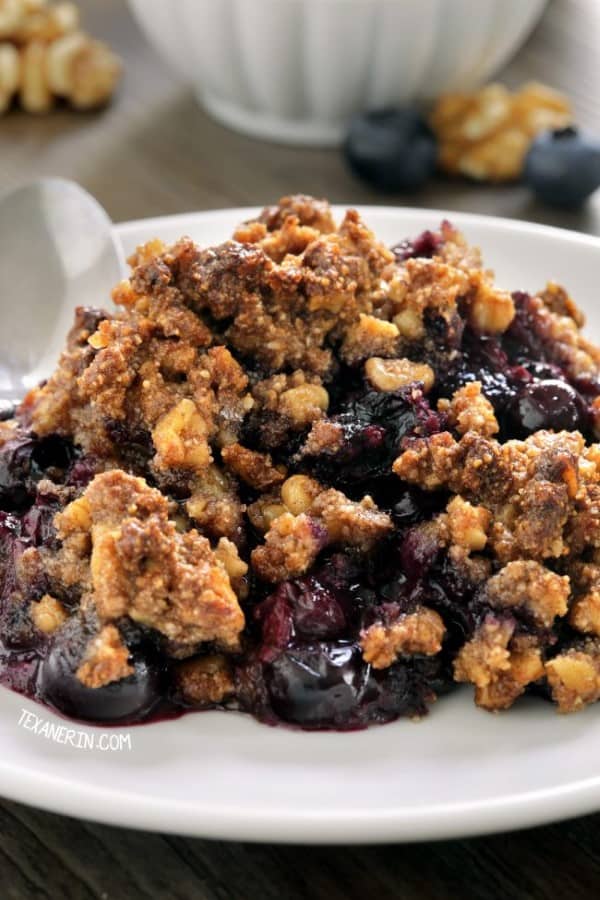 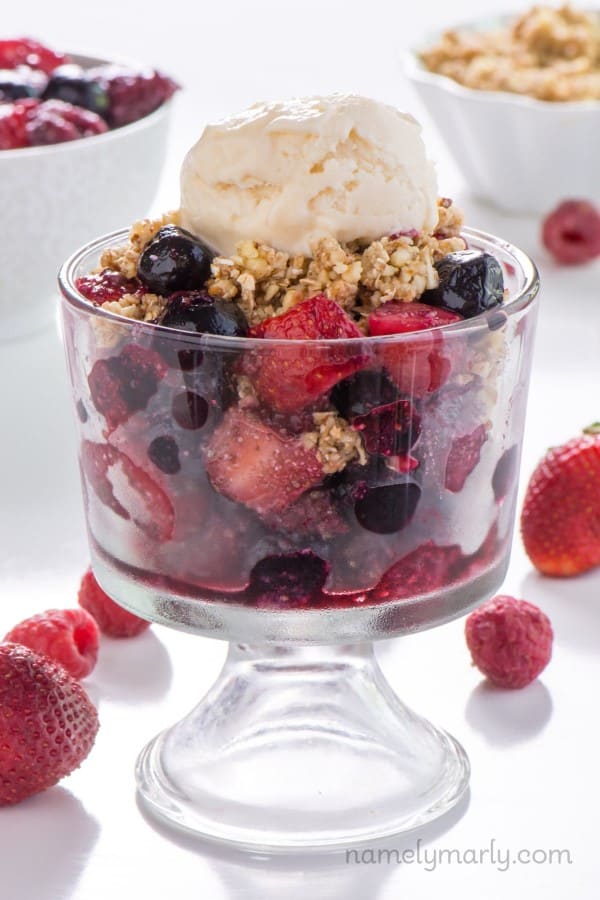 Crumbles are very similar to crisps and are used interchangeably. They say that the term crumble is used more in the United Kingdom, Australia, New Zealand and Canada but being Canadian I have always referred this dish to being a crisp with the inclusion of oats. Guess I have never made a true crumble, better get at it to try!! 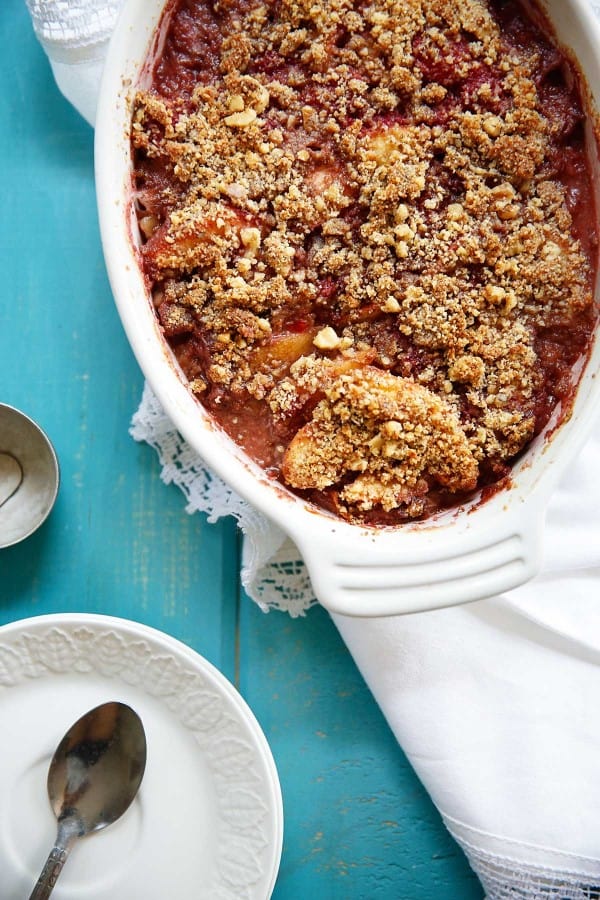 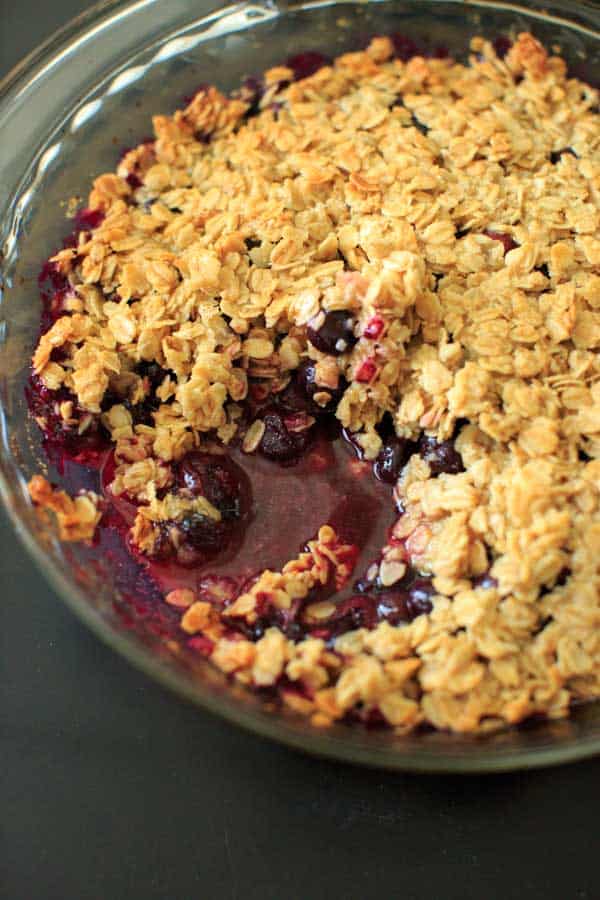 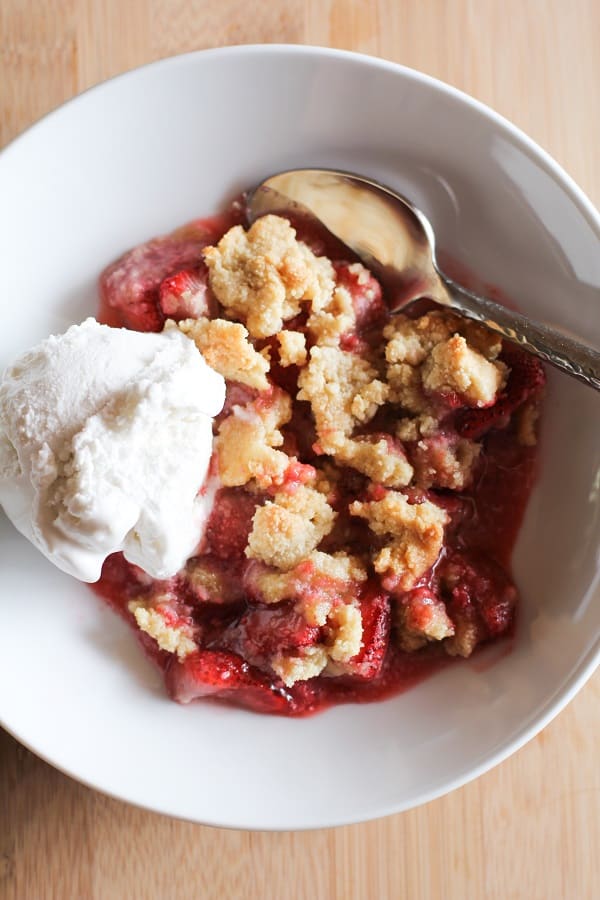 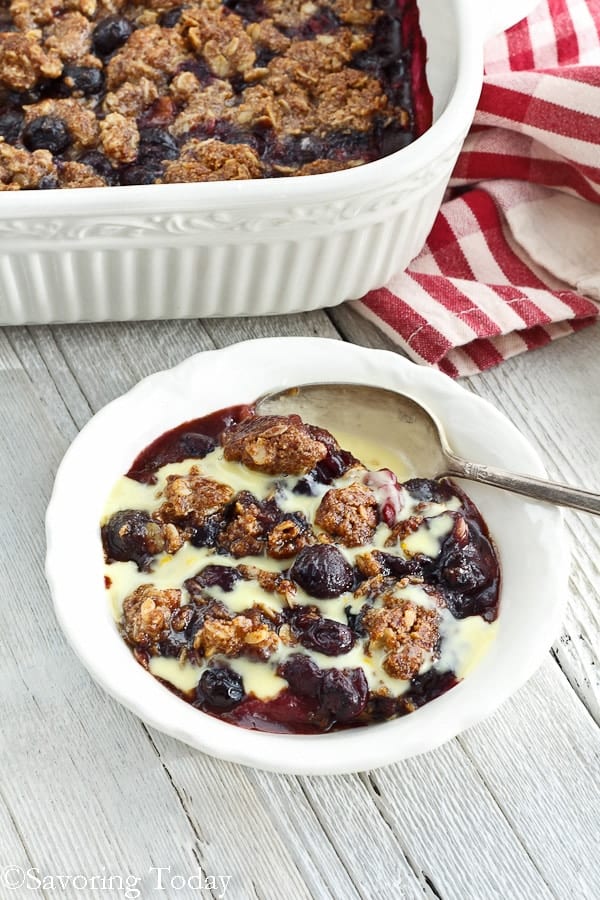 I hope you enjoyed our collection of 24 Awesome Cobblers, Crisps and Crumbles. We have many other collections for you too like 46 Cooling Summer Cocktails, 18 Terrific Tapas, and 22 Preserving and Canning Recipes to name a few.