I have been paid by Fleischmann’s as an ambassador but all my endorsements, thoughts and opinions are my own.

I have a very special post for you today! Cinnamon Knots with Cream Cheese Dip will have everyone racing to the kitchen to devour these!! With the holidays upon us, everyone loves the smell of freshly baked goods and this recipe will have everyone excited. Whether they are hot out of the oven or warmed again when company arrives, they will be a sure-fire hit.

Being a Fleischmann’s Baking Ambassador is easy for me. In our house, Fleischmann’s is number one for baking. It is the only yeast and corn starch we buy and both of these are used to make this recipe the best it can be!!

I would love to see you baking this recipe for the holidays!! As an added bonus you can enter the Fleischmann’s “It’s All You Knead” contest before December 31st to be eligible to win one of seven Cuisinart Precision Master 5.5 qt. Stand Mixers. Good luck to you all and don’t forget to have your UPC code handy when you visit www.itsallyouknead.ca to enter!

What is a Cinnamon Knot? 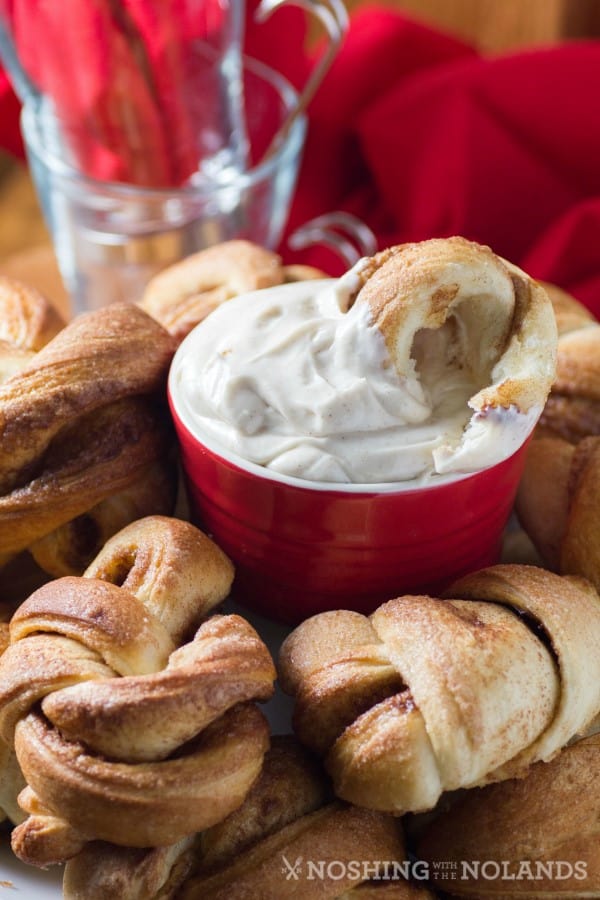 These turned out heavenly!! What is a Cinnamon Knot you ask? Well, they are like a cinnamon roll but tied into a knot. Instead of the icing being slathered on you can enthusiastically dip to your heart’s content.

Using Fleischmann’s yeast will make sure you have big fluffy knots to serve your company. Fleischmann’s Canada corn starch in the filling makes sure it doesn’t all ooze out!! 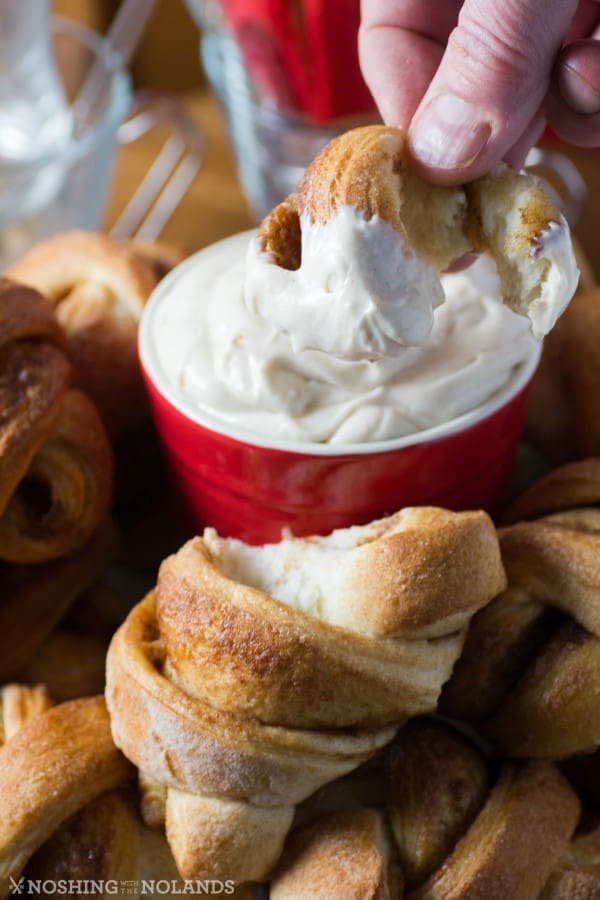 Rip, dunk and YUM!! These will take you from breakfast to dessert and are perfect with an afternoon cup of coffee too! There is cinnamon in the filling, on the outside with a sprinkle of cinnamon in the dip also. Not too much but just the right amount!! 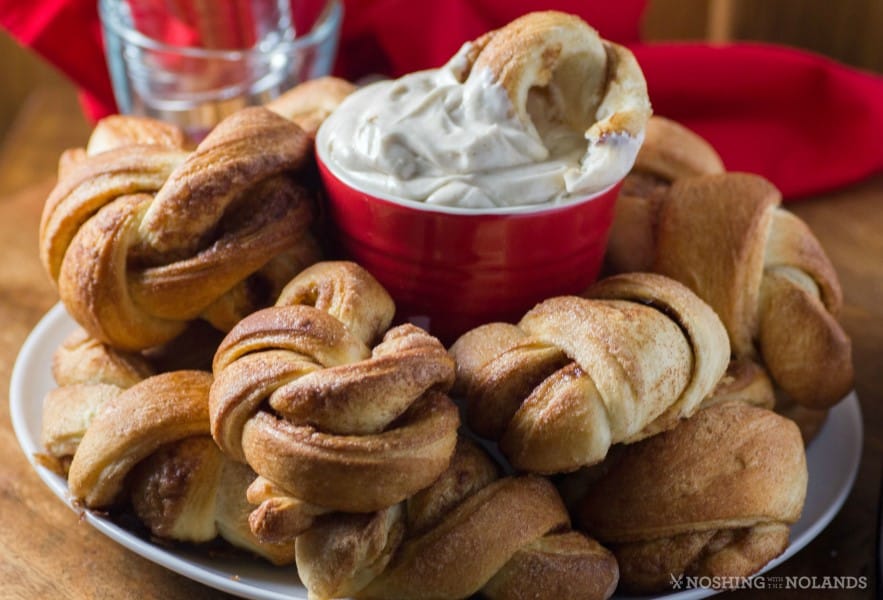 Cinnamon Rolls are very popular in North America and in Northern Europe. They are comfort food at their best. We used Fleischmann’s traditional yeast for these knots but they have lots to choose from for all your baking needs.

Whether you are making pizza crust, using your bread machine or after a rapid rise yeast, Fleischmann’s have these and more!! 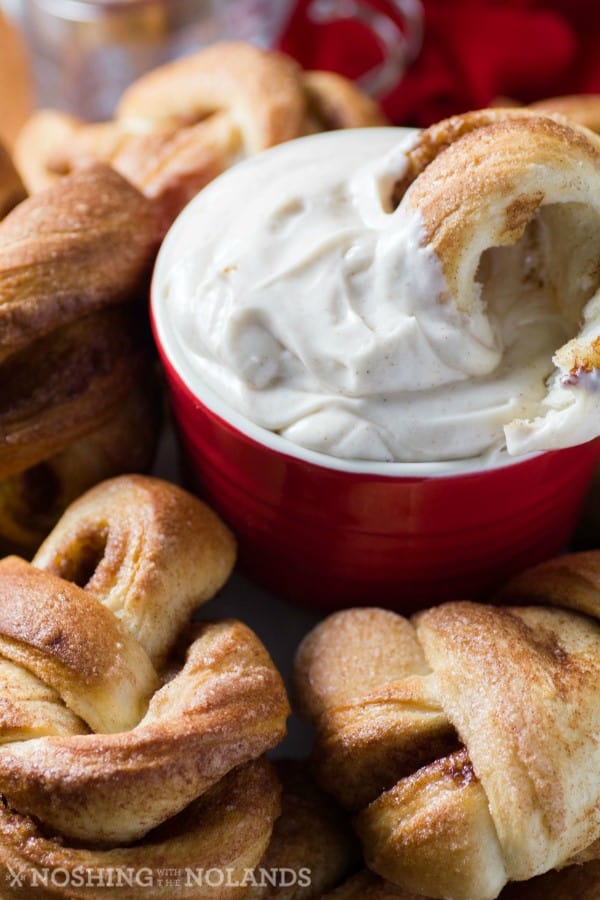 Have fun baking this holiday season with all of Fleischmann’s products!! 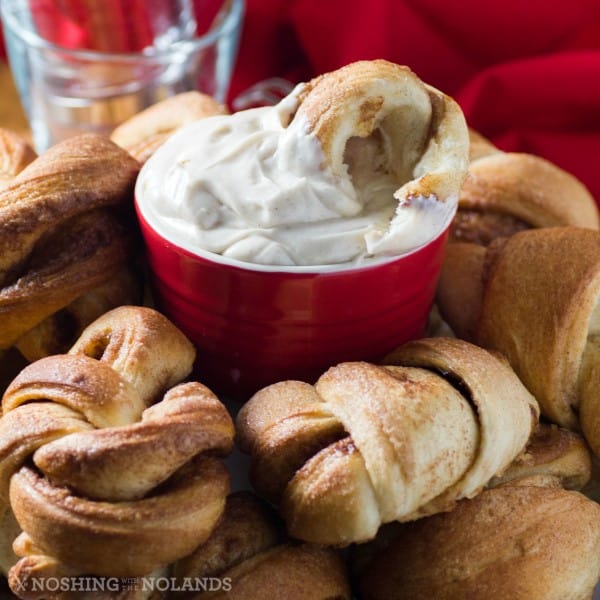 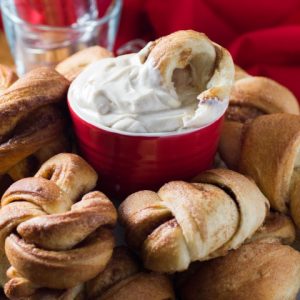