It is Oscar time again, have you seen the movies? I have to say I haven’t but that never stops me from watching and of course munching on something divine. For this #SundaySupper Red Carpet Party hosted by Katie from Ruffles and Truffles, I made Oysters Rockefeller. A classic appetizer that originated in New Orleans, in 1899 by chef Jules Alciatore, the son of restaurateur Antoine Alciatore and founder of Antoine’s. The dish was named after John D. Rockeller, the richest American at the time. It was named this because of it’s intense rich sauce.

The original recipe is top secret and has a mystery surrounding it. There are two different renditions of what has happened to the original. Some say it was handed down through generations in the tight lipped family but it is also said that Jules took the recipe to his grave. Anyone making the recipe today is only making a version of the original. It is said that the initial recipe didn’t even have spinach but “other” green vegetables. Well, that is all fine, we can all create our own version. I went for an Oysters Rockefeller recipe from Epicurious and adapted it to call my own. And yes, it has spinach but I didn’t want a load of spinach on top, I wanted a lighter version, one that is basically an easy mouthful where you are not struggling to get a larger quantity down. I think I got it right. Here goes! 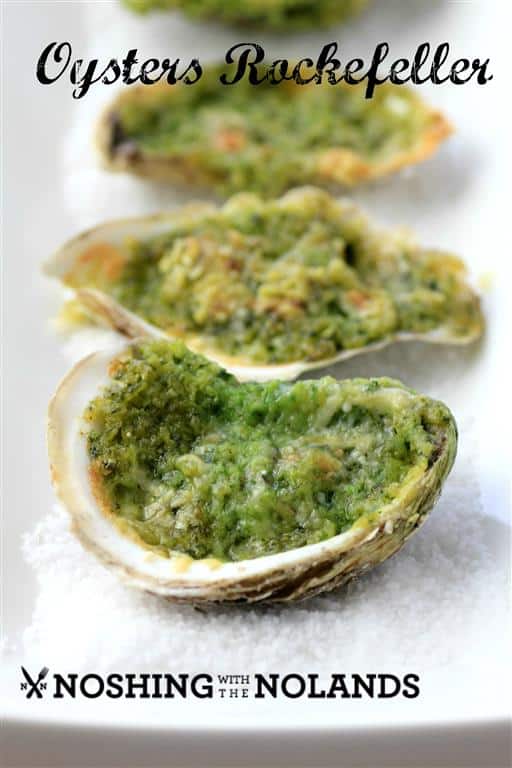 These sophisticated appetizers are perfect to celebrate a night at the Oscars. They are fun and delicious. 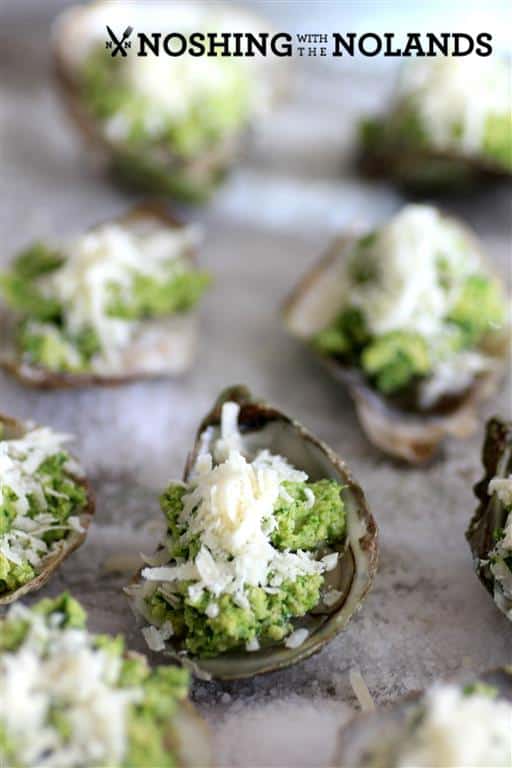 Ken and I first started eating them and thought they were very good, by the second one we thought they were fantastic, by the finish we both longed for more. They grew on us like a story to a climax in a good movie. Then we wished they had never ended!! I hope some of the Oscar award winning movies are like that, always leaving you wanting more!! 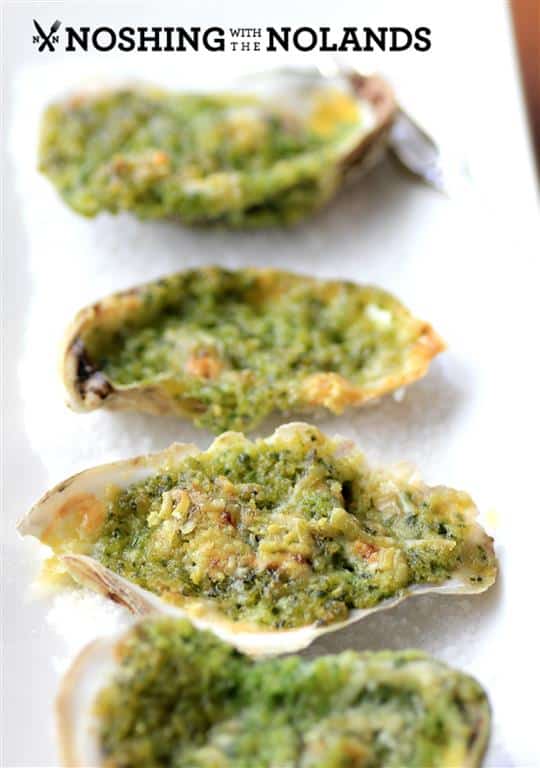 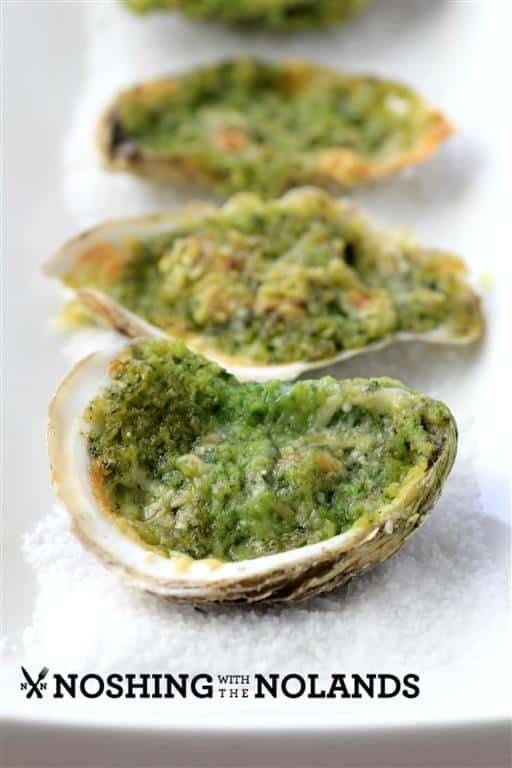 Print
Prep time
15 mins
Cook time
8 mins
Total time
23 mins
A classic traditional appetizer that has been adapted over the years. Initially said to be absent of spinach but has become the favorite to be included in this recipe.
Author: Tara Noland
Recipe type: Appetizer
Cuisine: American
Serves: 24
Ingredients
Instructions
3.2.2925
Recipe adapted from Epicurious. 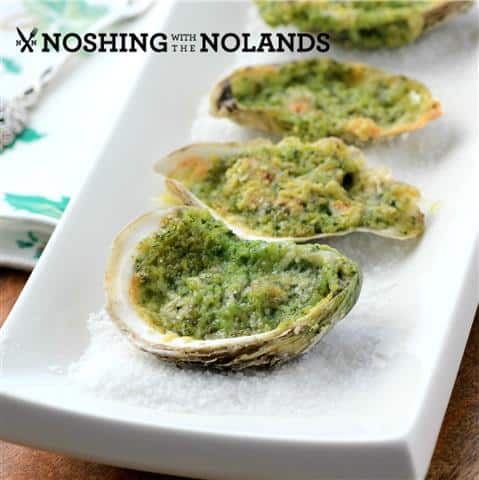 Here is a whole collection of wonderful recipes for the big night! ENJOY!!

Nominees for Best Course in a Leading Role:

Join the #SundaySupper conversation on twitter on Sunday! We tweet throughout the day and share recipes from all over the world. Our weekly chat starts at 7:00 pm ET. Follow the #SundaySupper hashtag and remember to include it in your tweets to join in the chat. To get more great Sunday Supper Recipes, visit our website or check out our Pinterest board.