I have an amazing cocktail that I have now made 4-5 times this fall, and every time it has been given rave reviews. I first got the inspiration for this Spiced Pear Apple Cocktail from Carrie at Frugal Foodie Mama with her Spiced Pear Planter’s Punch on Real Housemoms. 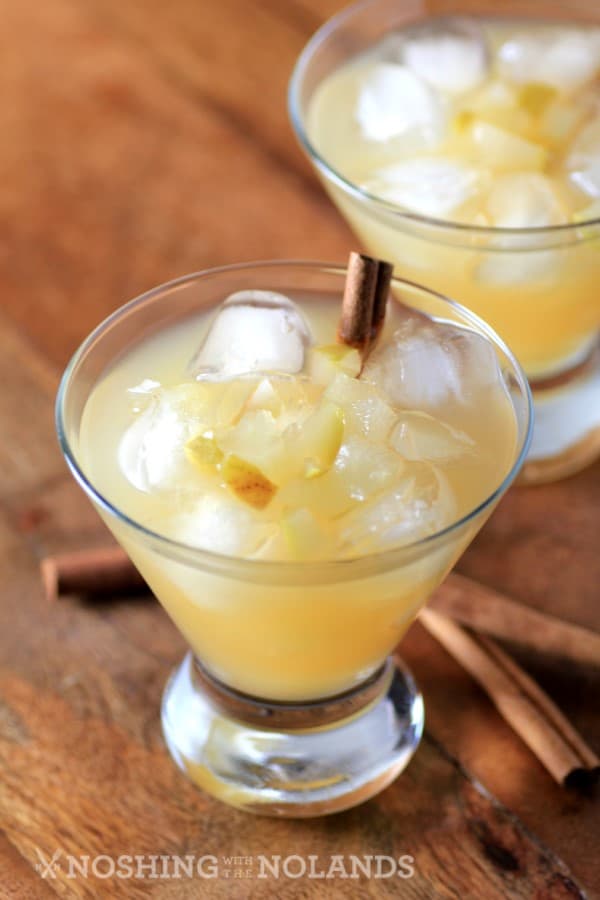 I had different ingredients on hand than Carrie had but the heart of the cocktail is the same. I didn’t have a spiced rum but a Cuban or a gold rum so I spiced the simple syrup instead. I used an organic apple juice that is sold in jugs at our local gourmet store that is fabulous. The cocktail is divine for fall and will be a huge hit for your Thanksgiving celebrations too. 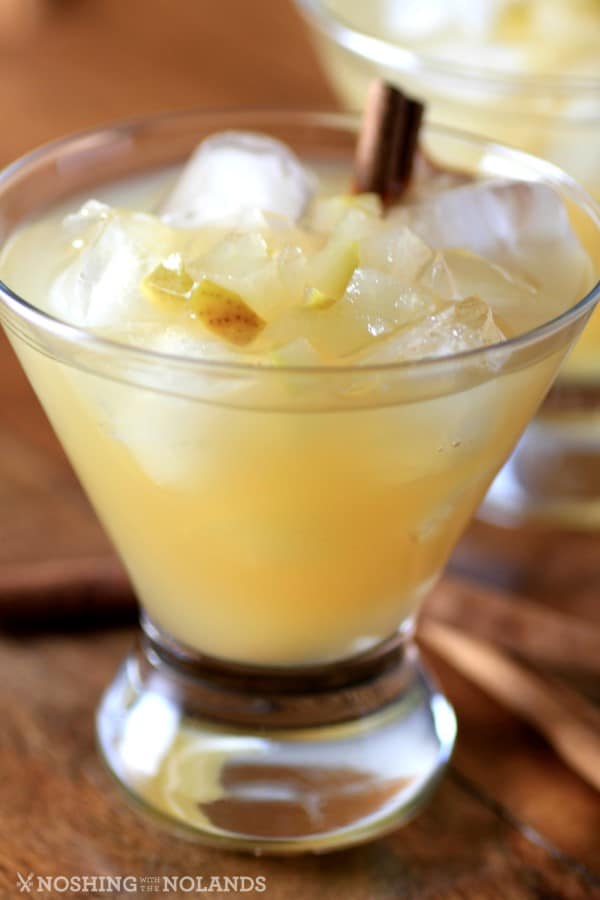 I loved the pairing of the organic apple juice with the sweet pears. The added cinnamon stick makes a great utensil to get the delicious pears from the bottom of the glass. I made this cocktail in a pitcher and then later I doubled the recipe and served it in a large jug. It is a great make ahead cocktail that is easy to assemble over ice with a spoonful of the pears and a cinnamon stick. 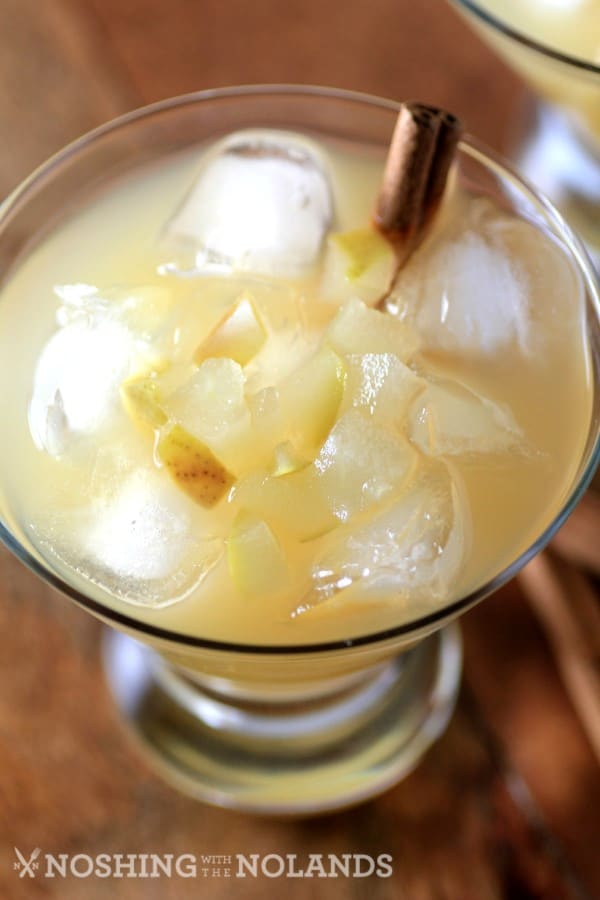 Cool and crisp, sweet and refreshing, your company will be asking you to make more, mine did! 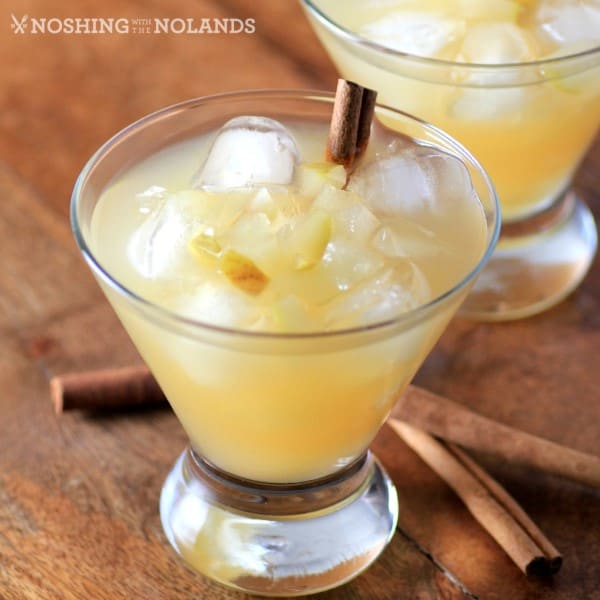