Fiddleheads only come out just in the spring and we always try to have a little feast on them. What are they you ask? They are the little furled end of a fern.

Fiddleheads grow generally on or near flood plains or near rivers and streams. In Canada, they can be found in all provinces but are most abundant in New Brunswick, Southern Ontario, and Southern Quebec.

They are considered quite the delicacy but are we are seeing them more and more lately. They taste “green” to me like asparagus or green beans. Their name comes from them resembling the top of a violin. They are very yummy done plain and simple. No fussy sauces but they would be great in a stir fry also. They have a very short growing season. Try to find some today for dinner tonight!!

Saute garlic in the melted butter in a small fry pan. Add the fiddleheads and steam in the white wine for about 10 min. on medium low heat. Salt and pepper to taste. Remove from heat and serve with a drizzle of olive oil and the juice of half a lemon. 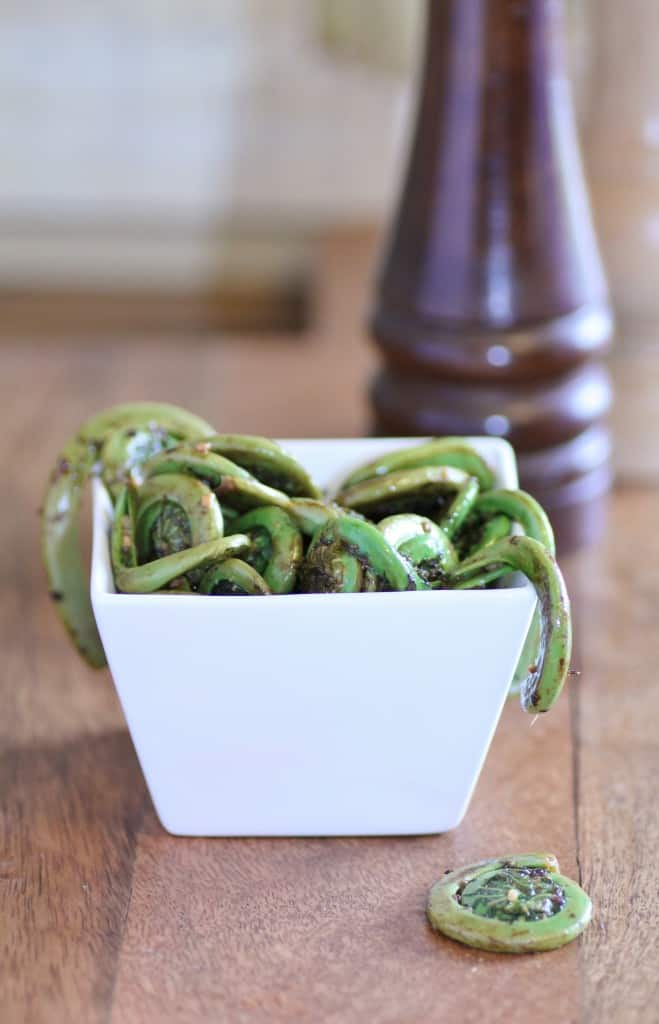