What is a Sunchoke or Jerusalem Artichoke?

What is a Sunchoke or Jerusalem Artichoke? If you frequent vegetable stands or Farmer’s Markets in the winter months, you may have seen a knobby root vegetable that looks almost like oversized ginger but lacks the distinctive smell.

Though they may look like a potato-ginger hybrid, they’re actually Jerusalem Artichokes or Sunchokes. Despite their name, they are native to the new world (North America), not Jerusalem and they are only distantly botanically related to the artichoke!

Helianthus Tuberosus is the Jerusalem Artichokes Latin name but besides sunchoke, it is also called sunroot and earth apple. 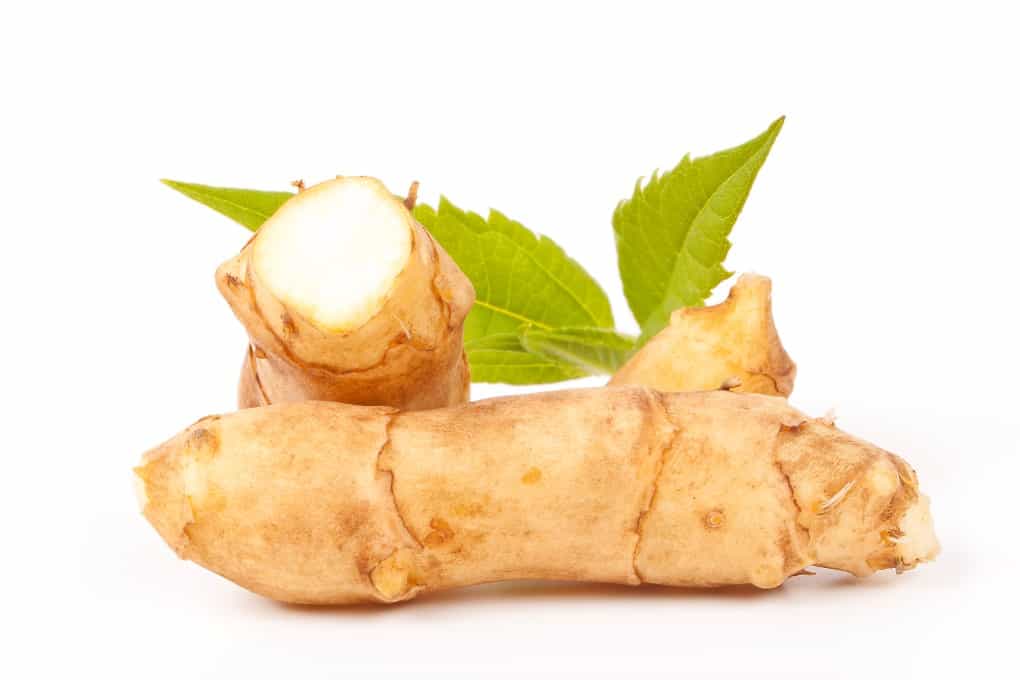 What are Sunchokes and What Do They Taste Like?

Some fans of the Jerusalem artichoke claim that they taste slightly like artichokes but personally, I don’t find them too similar. They have an earthy, semi-sweet, and slightly nutty flavour to them, and a texture more like potatoes.

Jerusalem artichokes were staples in several pre-European contact indigenous diets as a source of carbohydrates. Samuel de Champlain brought the plant back to Europe after having tried it on one of his many voyages to the New World.

The plant took well to the European climate and grew abundantly, becoming a popular vegetable in the 17th and 18th centuries.  The plants look similar to the sunflower, which may be another reason for their name – the Italian word for sunflower is girasole.

In particular, French cuisine was quite enamoured with the Jerusalem artichoke. It became a popular soup vegetable in the 19th century. Nowadays its primary use in Europe is as animal feed. During the Second World War, Jerusalem Artichokes were one of the foods that kept the people of France from starving.

In the 1960s, the Jerusalem artichoke was re-branded as the sunchoke to try to boost sales in North America. Today, the plants are known equally well by both names – so check for both of them in grocery stores or farmer’s markets. 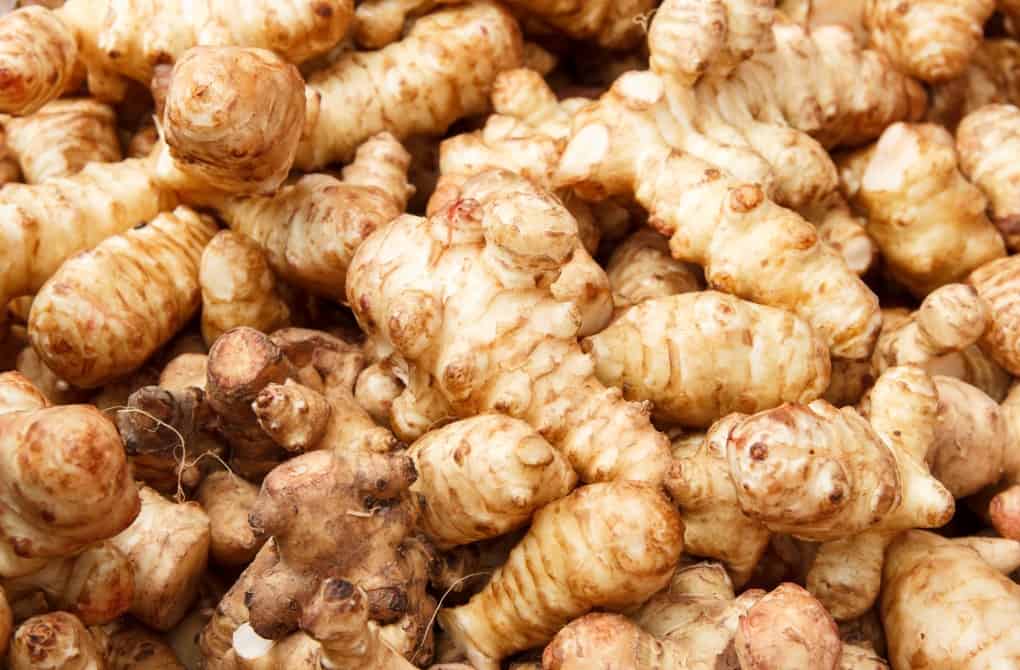 How Do You Eat Sunchokes?

Even though they look similar to lumpy potatoes, sunchokes are different in a critical way – they can be eaten raw.  Grated finely and added on top of a fresh salad, they add some crunch and texture.

Most people, however, prefer them cooked. You can prepare Jerusalem artichokes in any of the ways you would prepare other root vegetables.  One of my favourite ways to prepare sunchokes is to boil sunchokes and then mash them. You have them either on their own or in combination with rutabaga or sweet potato.

A good friend of mine swears by twice baking them. This is where you bake them, then mash the insides with a little cream or butter before returning them to the oven. It is the absolute best way to eat any tuberous root vegetable. Try this with sweet potatoes, sunchokes, or regular potatoes.

I have also had sunchoke slices fried like potato chips in restaurants and they are scrumptious as a snack or side dish. A mandolin would make quick work of this vegetable as then you can slice them thinly.

Just fry them in hot oil and drain on paper towels. Always remember to salt when first out of the hot oil. 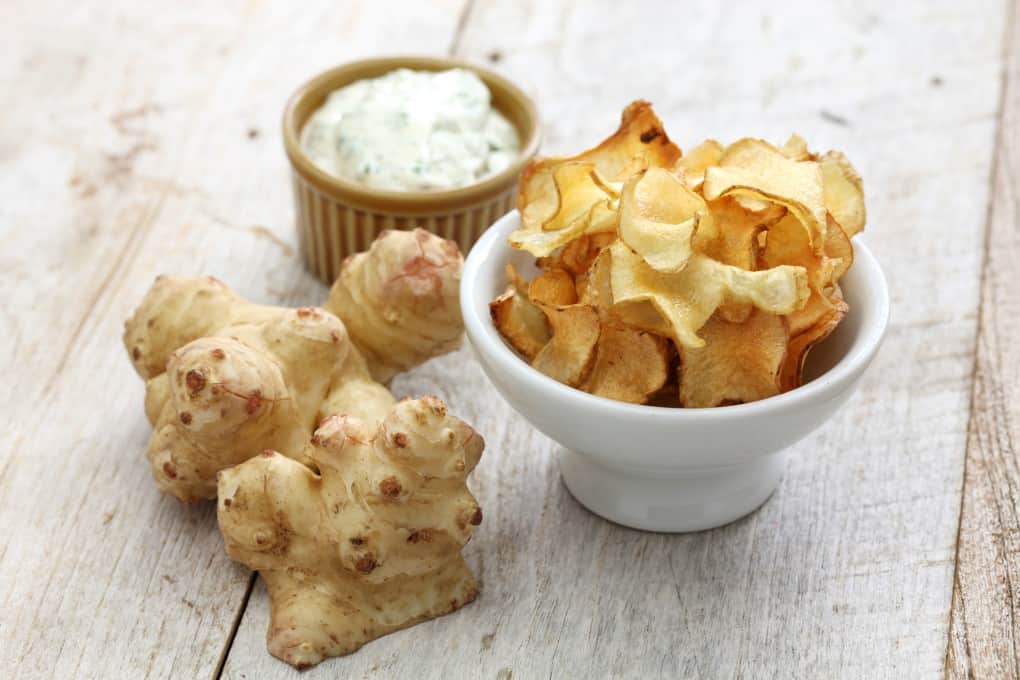 How to Cook Sunchokes

Another great way to serve sunchokes is to have roasted sunchokes. You can do it alone or you can combine sunchokes with squash, rutabaga, and sweet potatoes. Just chop them all into 1-inch cubes and coat them with olive oil, salt and pepper. You can also add fresh herbs.

Then roast them in a 425-degree oven for about 40 minutes or until light brown or golden brown. I often combine sunchokes with other root veggies.

Jerusalem artichokes (1 cup sliced raw) has about 117 calories, 3.0g protein, 26.2g of carbohydrates, 2.4g fiber, 14.4g sugar, and no significant amounts of fat. They are also an excellent source of potassium. Plus they are a good source of iron.

Sunchokes are high in a substance called inulin. Inulin is a type of carbohydrate that can cause gas and bloating (similar to Brussels sprouts).

The amount of inulin in each sunchoke varies though. The mild digestive upset seems to occur more when sunchokes are eaten raw and with the skin still on. Other people have no problems eating sunchokes, so it varies from person to person.

That said, being inulin-based means that sunchokes have very little starch. So they are a great alternative to high starch root vegetables such as potatoes.  Sunchokes are a great vegetable to add to your winter table. 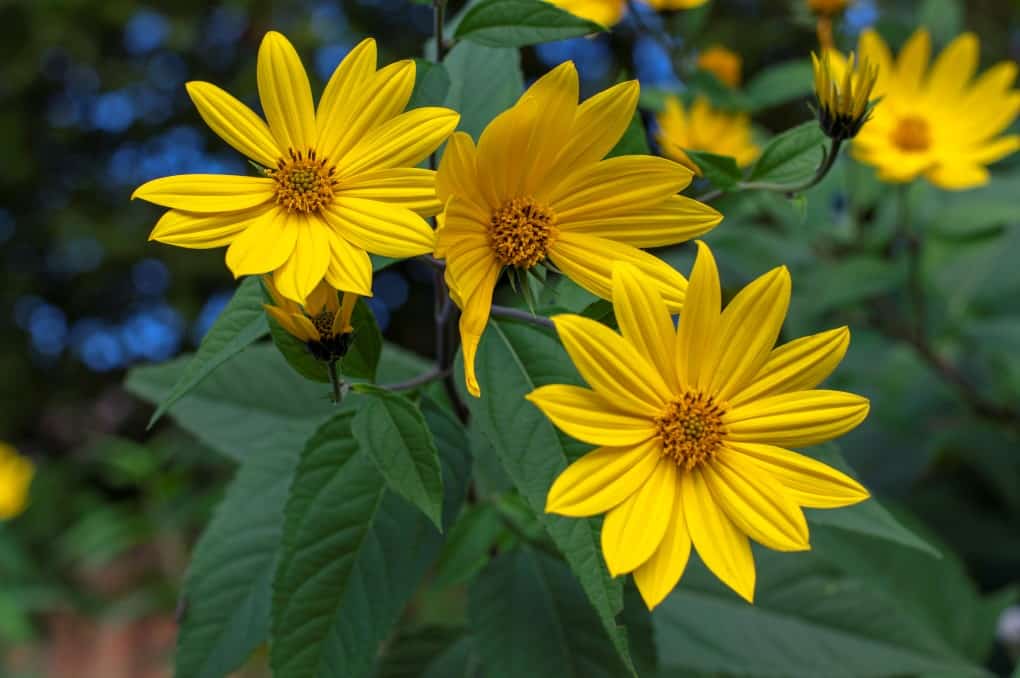 The plant of the Jerusalem artichoke is a tall and leafy green plant with sunny bright yellow daisy-like flowers. It is also a distant relative to the daisy family and you can recognize that easily looking at the plant.

Have you tried sunchokes yet? 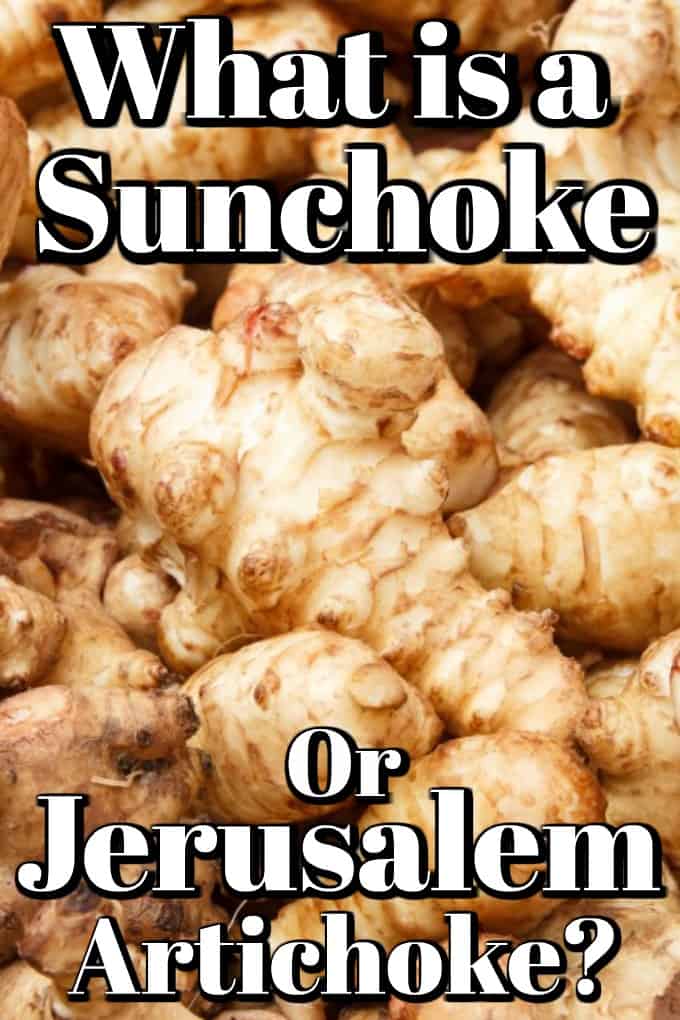 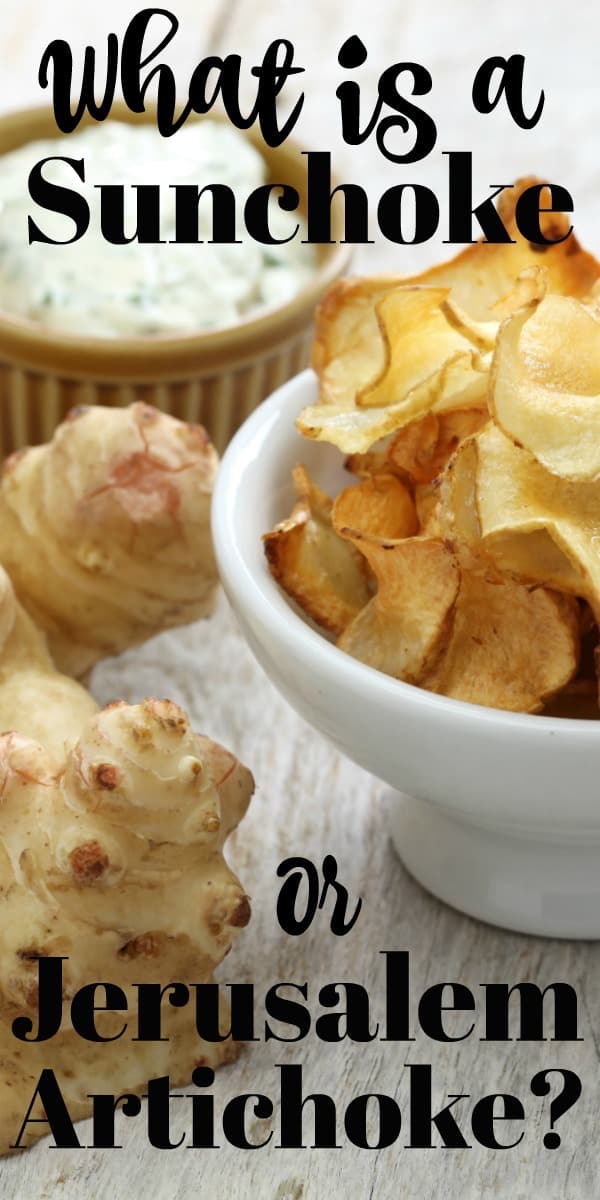