What is the Best Cooking Oil to Use?

If you’ve been down the cooking oil aisle at your local grocery store lately, you’ll have noticed that there’s a lot more selection than there used to be. Do you ask yourself, What is the Best Cooking Oil to Use? It used to be that the only cooking oil in most kitchens was vegetable oil – and maybe some olive oil for making salad dressing.

Now there are so many different types of cooking oils out there that it can be a little overwhelming to choose when a recipe simply calls for “cooking oil”.

Which oil is healthiest? Will the oil work for this style of cooking?  How do you choose? It’s true that not all oil is created equal – and choosing the wrong oil could leave your kitchen a smoky mess. Here are some of the most popular oils and what they’re best used for. 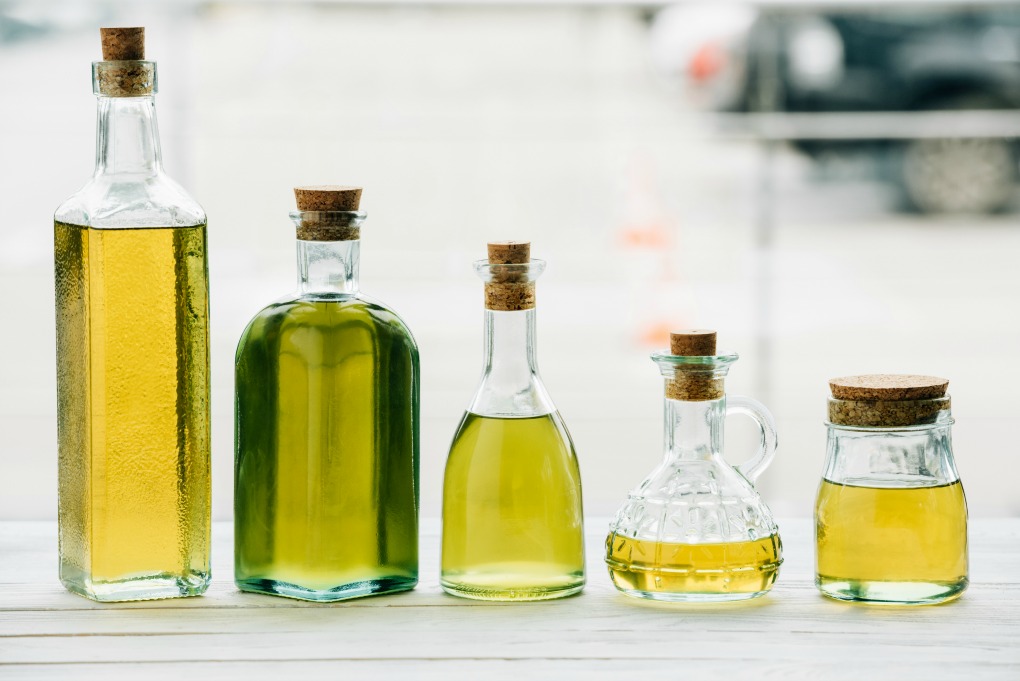 There are two types of olive oil – regular and Extra Virgin Olive Oil (EVOO). EVOO is made through cold pressing olives to extract the oil. Oil flows more freely at higher temperatures so it’s much more time consuming to get the same amount of oil by cold pressing. Hence why EVOO is so expensive – it’s hard to make and the price reflects that. EVOO is great for you – it’s got monounsaturated fats which give it a distinct flavour.

But those fats break down at high heat – so you shouldn’t use EVOO as a cooking base. It’s best used for drizzling on cooked foods (after they’re done cooking) or in salad dressing. EVOO has a strong taste so you won’t want a lot of it.

In contrast, regular olive oil (sometimes labelled ‘pure’) is great for cooking. It’s less expensive because it’s not cold pressed. It has a high smoke point (a smoke point is the temperature at which an oil begins to burn and smoke) – around 465°F. It can be used to sauté vegetables or brushed on a roast for the grill.

The process used to make olive oil removes most of the flavour so it’s a great neutral flavoured oil.  Try this oil if you want to start infusing flavour into your oils (garlic oil anyone?)

Although it’s not likely the only oil in your pantry anymore, vegetable oil is still really handy. It’s usually made from several types of oils blended together – which gives it a neutral taste.

Because it’s a blend, the smoke point can vary depending on which oils were used to make it, but most vegetable oils have a smoke point of around 400°F – which makes it an ideal frying oil.

It’s perfect for frying foods like fish since it doesn’t have a strong taste to take away from the flavour of the food. 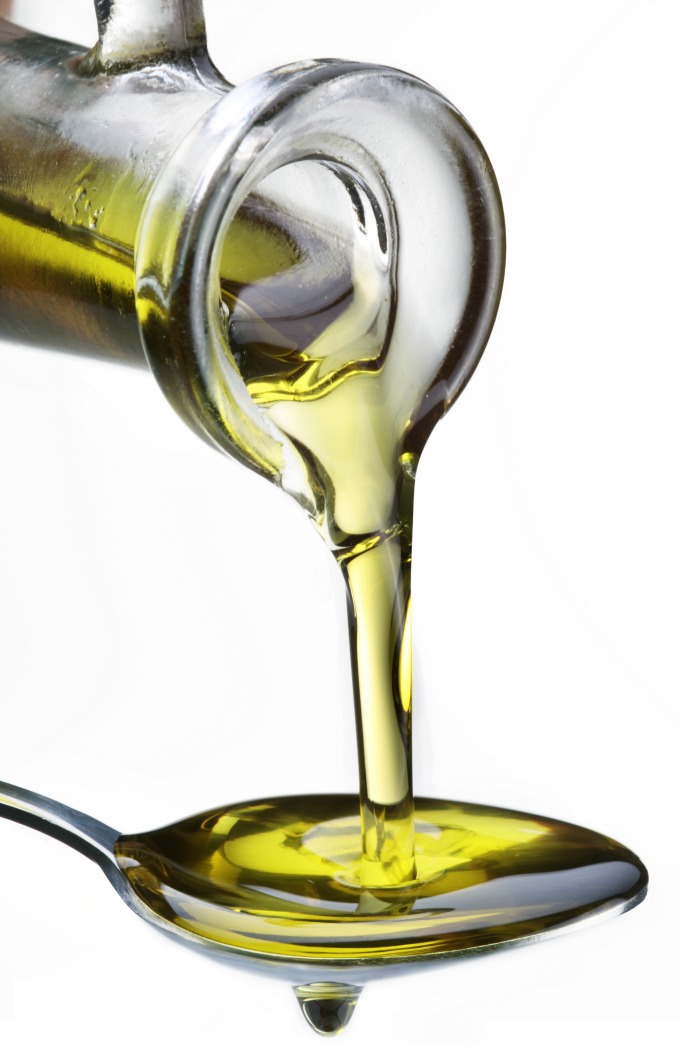 Canola oil is one of the most popular oil choices for general cooking. It’s healthier than vegetable oil, has a high smoke point – 400°F- and has a very subtle (if any) taste.

Canola oil is low in saturated fat, high in monounsaturated fat – making it one of the heart healthy oils.

Lately there has been some contraversy over health benefits vs. harm of canola oil but it is a very widely used oil. It all depends on the slant of the article I found.

A few years back, coconut oil was everywhere! You couldn’t turn on daytime TV without there being a segment on it and health websites declared it the next big superfood.  While some of the hype over coconut oil has died down, the fact remains that it’s a very versatile oil.

One of the unique things about coconut oil is that at room temperature it’s a solid not a liquid. As a result, coconut oil is a great vegan substitute for butter in baking recipes.  Coconut oil does impart a nutty flavour so it’s not a good choice for things with delicate flavours.

Coconut oil has a lower smoke point than some other oils – around 350°F. It’s not great for high heat cooking, so choose it when you’re doing medium heat roasting. And yes, coconut oil is pretty handy when it comes to skin care.

Obviously those with peanut sensitivities should stay away from this oil. For everyone else, it can be a great high heat cooking option because of its 450°F smoke point.

Peanut oil has a very strong peanut flavour and scent so be careful what you use it for (but it is great in a stir fry). It can be used to deep fry things as well because of its high smoke point.

One thing to note about peanut oil is that it has a short shelf life and goes rancid within a couple of months so you’ll want to buy in smaller batches and store it in a cool, dry place.

Corn oil is very similar to vegetable oil. The main difference being it has one main ingredient instead of being a blend. The neutral flavour and high smoke point of 450°F make corn oil a favourite choice for deep frying everything from crispy tortilla chips to fries.

However, like vegetable oil, it’s not as healthy as some of the other oils on the list so it shouldn’t be the only oil you use.

Avocado oil has the highest smoke point of any oil (510°F) so it’s great for high heat grilling and frying things like eggs. It has a rich, buttery taste and is full of monounsaturated fats which are the good kind of fats.

What is grapeseed oil? It is exactly what the name implies it is the oil from the seeds of grapes which is a byproduct of winemaking.

Sunflower oil is high in Vitamin E and omega 6 fats. It is made from the seeds of the sunflower. It has a high smoking poin of 440F. Vegetable oil may be your substitute if you can’t find this oil and also a cheaper alternative.

Many of these oils have had research done but not all is conclusive. You will have to decide for yourself what the right oil is for you to use.

There are lots of other cooking oils out there for specific uses – such as sesame oil for use in Asian recipes – but these are the most common cooking oils you’ll come across. Which oil is your ‘go-to’ oil in your pantry? Let me know in the comments! 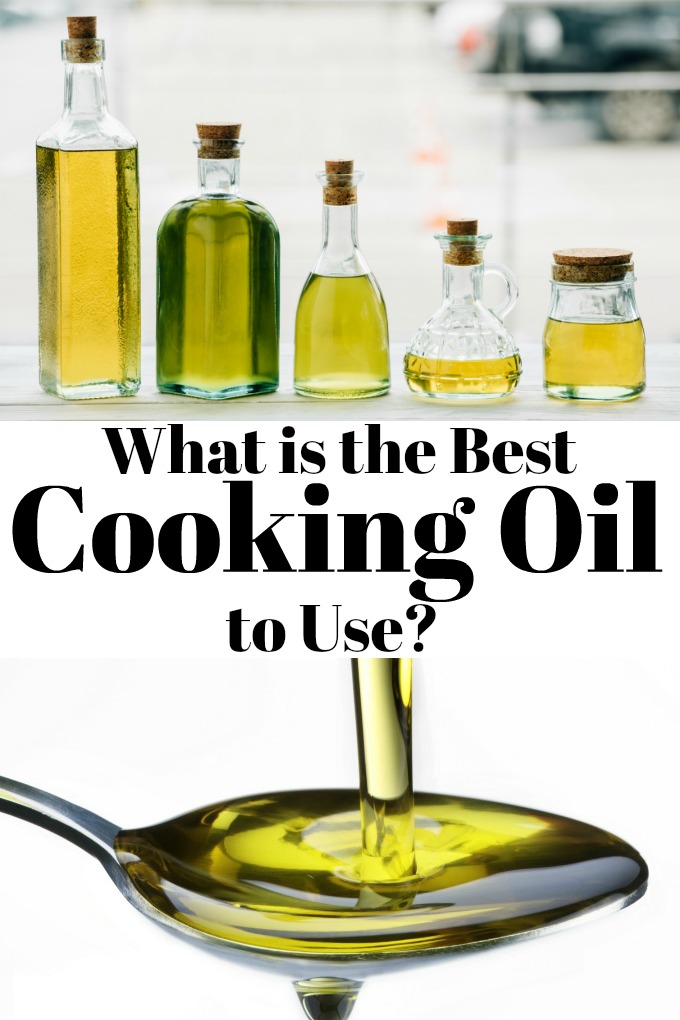