How to Make the Perfect Pie Crust Recipe

One of the best things any aspiring baker can do is to learn How to Make a Perfect Pie Crust Recipe.  Once you’ve mastered the crust, you can do a lot with the filling.

From a traditional apple or pumpkin pie to a fancier custard, pecan or chocolate pie, to a savory chicken pot pie or quiche, they all need a good crust.

There are some pies, such as coconut cream or key lime that taste better with a graham cracker crust and we have already shared that recipe with you.

Instead, I present my perfect pie crust recipe. There are people out there who swear that a ready-made pie crust from the store is the way to go, but unless you’re really pressed for time, I disagree. 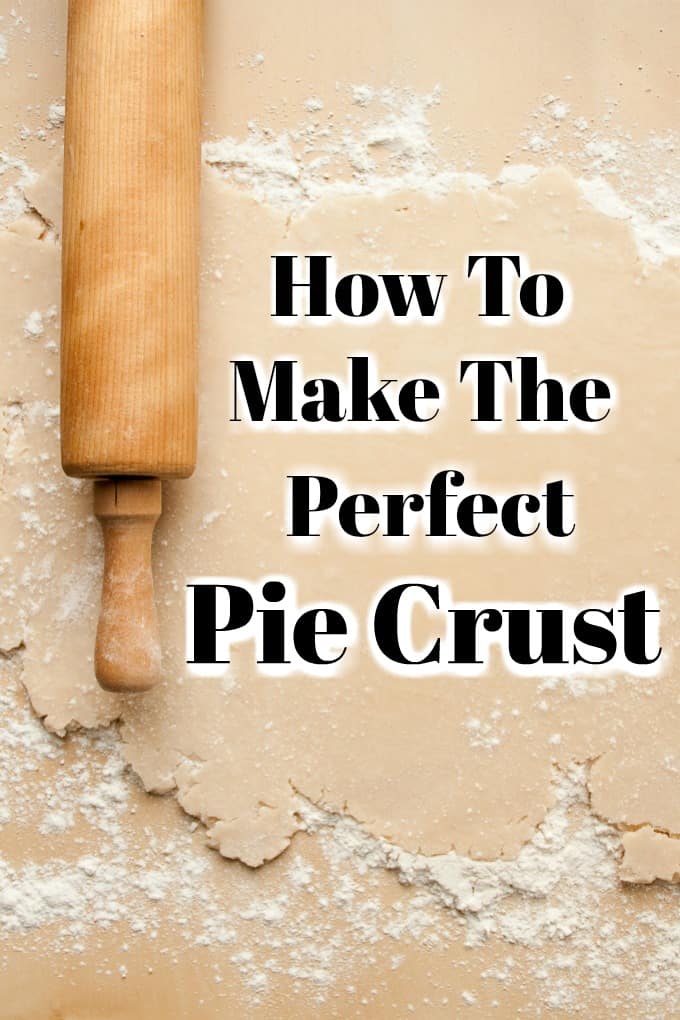 This post contains affiliate links. As an Amazon Associate, I earn from qualifying purchases.

Homemade pie crusts are easy to bake, and once you know how to do them well, they’re pretty quick.

Using both butter and shortening makes the pie crust basically melt in your mouth. It’s perfectly flaky and so tasty nobody will leave the crust edge behind. 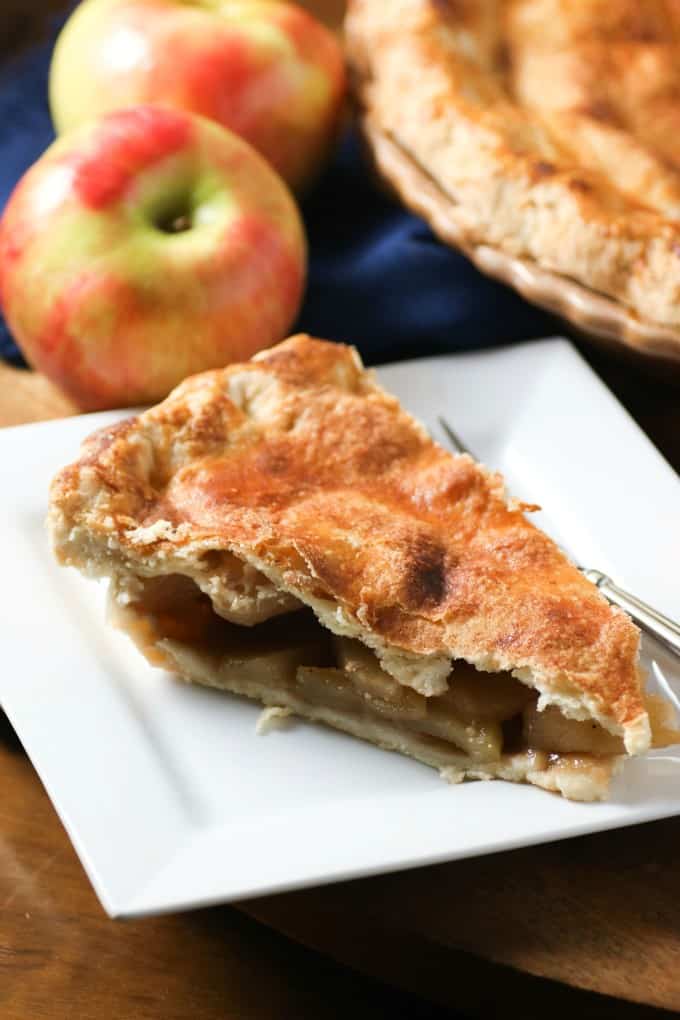 Why Use Vinegar in Pie Crust Recipe

Aside from the butter/shortening debate, there’s one other divisive question when it comes to pie dough. Some bakers swear by replacing a tablespoon of the water in a recipe with vinegar.

Why use vinegar in a pie crust recipe? Well, vinegar is an acid. Acids impede the growth of gluten in the dough. Too much gluten and the crust isn’t tender and flaky anymore and is dense.

However, you can also impede the growth of gluten by not over handling the dough and by not adding too much water. I don’t personally use vinegar in my pie crust recipe but I know many who do so successfully. 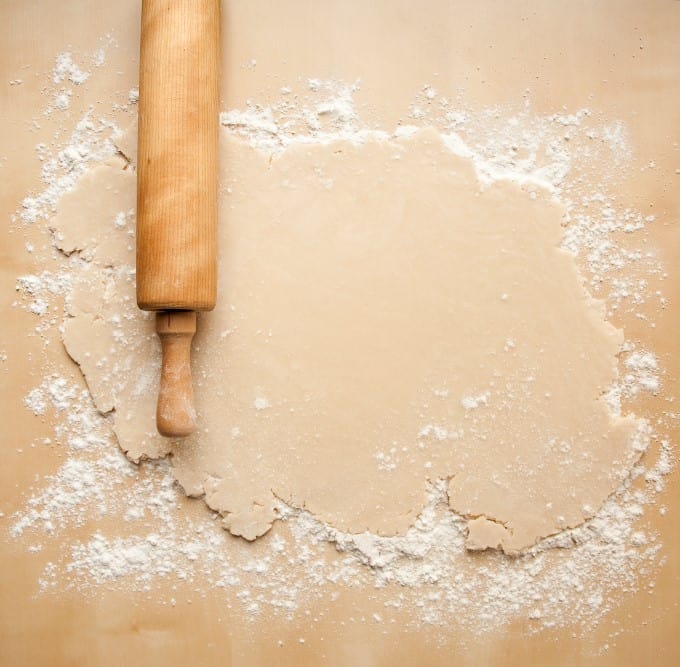 Tips for Making any Pie Crust

If you follow these tips and use my perfect pie crust recipe, you’ll find that it’s not as hard as you thought to make pie crust from scratch. 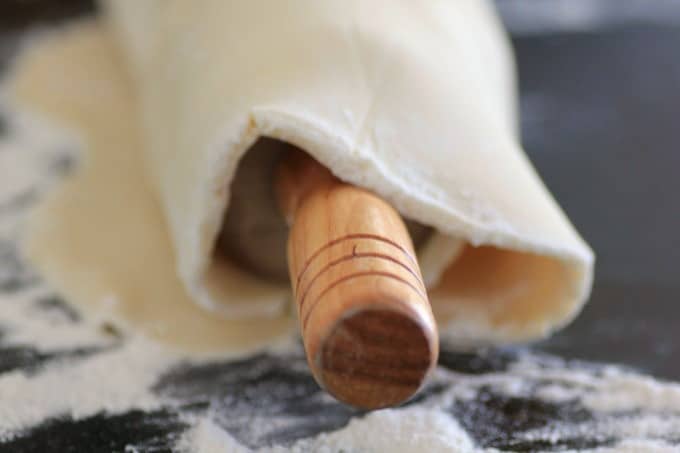 How long to bake a pie crust varies too if you are blind baking it, without filling or with a filling, also if the top is a lattice or a full top or simply just a bottom crust.

Blind baking is done when a pie crust will be filled with a filling that doesn’t require baking. Like in a cream-filled pie. Or when the filling won’t take as long baking as the pie pastry will as in a Lemon Meringue Pie.

Blind baking ahead of time also avoids you getting a soggy crust. It is also used to make tarts as well as pies.

Each recipe will vary and if the pie does have a filling that needs to be cooked then that can vary the time too. It also depends on the filling inside to make sure it is cooked also.

As mentioned above if the filling needs to bake longer than the crust it can be shielded with aluminum foil for the top or just the edges. 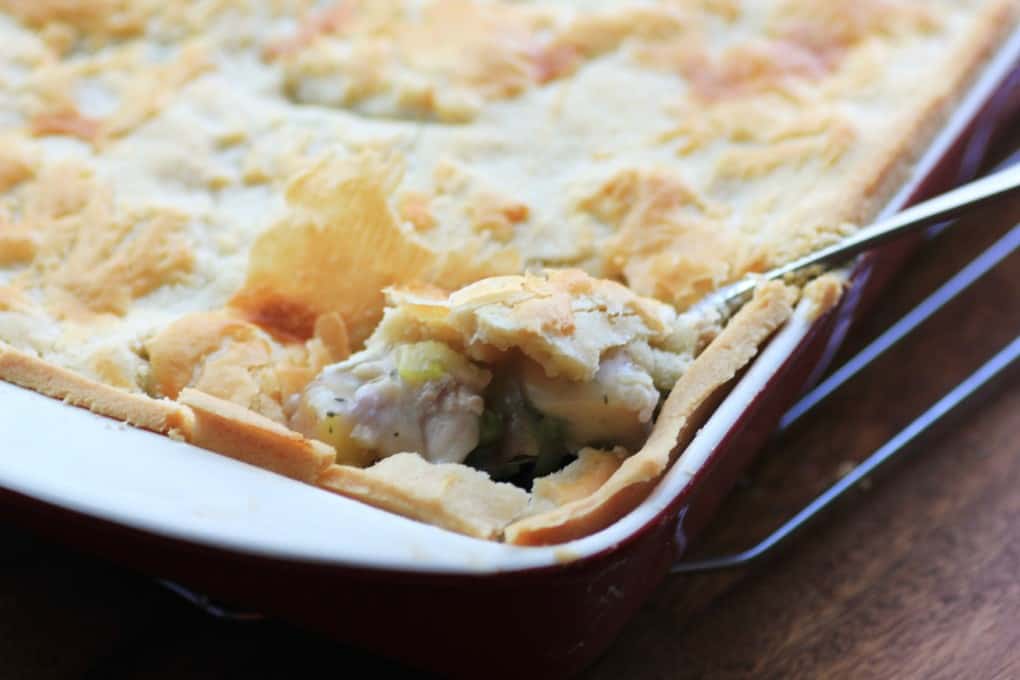 In my opinion, a Pot Pie Crust is a bit different, as I like the addition of baking powder to give it that slightly different taste and feel. It makes for a crumblier pie crust.

The recipe I am including I have made many times but have yet to share it with you. I have made it for kids every summer that loved pot pie.

I make just the top crust and it is perfect for a 9×13″ pie or would work for a standard double crust pie too.

Enjoy your pie-making and come back and tell me how you did. Feel free to ask questions if you have any too, always happy to help if I can.

For either dough, use a food processor, add the flour, sugar, and salt and pulse a few times. Add the butter and lard and continue to pulse until the dough is in pea-sized shapes. Don't over mix, maybe 8-12 times.

Now with the machine running pour the water down the tube and continue to pulse until it forms a ball adding in more water if necessary up to the 8 Tbsp. mark. Remove dough and place on a floured surface and form it into one or two discs. Wrap with plastic wrap and refrigerate for 30 min. For the Pot Pie Dough, I refrigerate for 2 hours.

Use either dough with your favorite fillings.

Keep in mind all the tips shared in the post.

Using a floured rolling pin, roll out ½ the dough on a floured surface to fit a 9" or 10" pie plate. Place into the pie plate and trim if needed. Roll out the second half of dough.

Add your filling. Run a bead of water around the edge of the first dough and place the second on top Make a crimped or fluted edge by first folding the top pie crust under the bottom pie crust.

This video will have you perfect this technique and you can choose how you will like to seal your pie.

Make 3 slits (also called vents) in the top of the pie to let steam escape.

Nutritional information is for the first sweet crust only.Recipe calculation was provided by Nutritionix and is an estimation only. If you need nutritional calculations for medical reasons, please use a source that you trust.